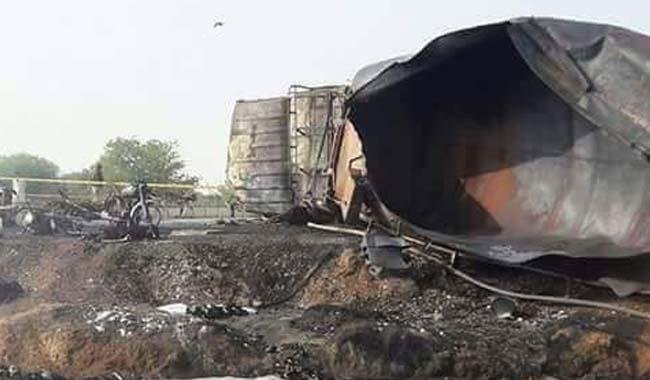 At least 140 people were burnt alive and dozens injured when an oil tanker caught fire and exploded near Bahawalpur where a large number of people had gathered to collect petrol from the overturned tanker, rescue services said.

According to details, people from nearby areas were collecting fuel from the oil tanker which had skidded off the national highway and overturned in Ahmed Pur Sharqia on Sunday morning. A large number of motorcycles and vehicles can be seen burnt in the huge fire.

The injured were moved to Bahawalpur Victoria Hospital and other health facilities. The death toll may rise as the affected are said to be in critical condition.