I Take Back My Rather ‘Harsh’ Words, Javed Akhtar 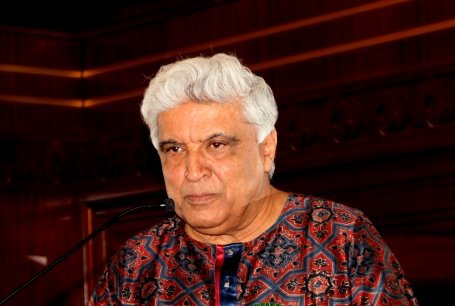 Noted lyricist Javed Akhtar, who had hit out at Virender Sehwag for his comments on Delhi University student Gurmehar Kaur, has said that he takes back his “harsh” words as the cricketer has already clarified his statements.

“Since Sehwag undoubtedly a great player has clarified he was just being facetious and is not anti Gurmehar I take back my rather harsh words,” Akhtar tweeted.

The 71-year-old lyricist had earlier called Sehwag “a hardly literate player” when the cricketer trolled Kaur after her campaign “I am not afraid of ABVP” went viral.

Later, Sehwag, in a series of tweets, had defended himself, claiming that his social media post in reply to Kaur was an “attempt to be facetious” rather than one to bully anyone over their opinion, adding that agreement or disagreement was not even a factor.

Kaur, 20, the daughter of army martyr Captain Mandeep Singh and a student of Lady Sri Ram College, had started the campaign following the violence at Ramjas College.

She withdrew from her social media campaign after allegedly receiving threats.

Akhtar, however, praised cricketer Gautam Gambhir, who had said that the recent events have left him with a sense of disappointment.

“My respect for Gautam Gambhir who with out any fear of trolls and right wing extremists has stood for Gurmehar’s freedom of expression. Bravo,” he wrote.

“So many war veterans and retired army officers have supported Gurmehar’s statement but perhaps they are not “nationalist” enough for some,” Akhtar added.

Doha, 25 June 2022 THE Embassy of Nepal and the Non-Resident ...
END_OF_DOCUMENT_TOKEN_TO_BE_REPLACED