China Summons U.S. Ambassador Over Pelosi’s Visit To Taiwan; No Reason ‘For China To Escalate Tensions’, US 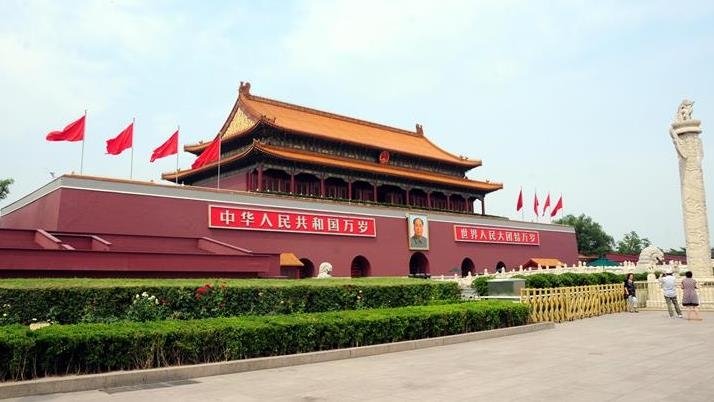 Noting that Pelosi risks universal condemnation to deliberately provoke and play with fire, Xie said that this is a serious violation of the one-China principle and the three China-U.S. joint communiques.

It has a severe impact on the political foundation of China-U.S. relations, and seriously infringes on China’s sovereignty and territorial integrity, Xie said, adding that it gravely undermines peace and stability across the Taiwan Strait, and sends a seriously wrong signal to the separatist forces for “Taiwan independence.”

“The move is extremely egregious in nature and the consequences are extremely serious. China will not sit idly by,” Xie noted.

Xie said the U.S. government must be held accountable. For a while, the U.S. has said one thing and done another thing, constantly distorted and hollowed out the one-China principle.

It deleted the key expressions such as Taiwan is part of China from the U.S. State Department website, put Taiwan in its so-called “Indo-Pacific strategy”, openly upgraded its ties with Taiwan and increased arms sales to the region and supported separatist activities for “Taiwan independence,” according to Xie.

He said the U.S. government has indulged rather than restrained Pelosi’s willful act, leading to the escalation of tensions across the Taiwan Strait and seriously undermined the China-U.S. relations.

Noting that the U.S. side shall pay the price for its own mistakes, Xie urged the U.S. to immediately address its wrongdoings, take practical measures to undo the adverse effects caused by Pelosi’s visit to Taiwan.

The United States must not go further down the wrong path, escalating tensions and making the situation across the Taiwan Strait and China-U.S. relations irreparable, Xie said.

He added that the United States should stop playing the “Taiwan card”, stop using Taiwan to contain China in any form, and stop interfering in China’s internal affairs.

The United States must take concrete actions to observe the one-China principle and the provisions of the three China-U.S. joint communiques, deliver on the “five noes” commitment made by the U.S. leadership (i.e. not seek a “new Cold War”; not seek to change China’s system; the revitalization of its alliances is not against China; not support “Taiwan independence”; not look for conflict with China), and not go further down the wrong and dangerous path, Xie noted.

Xie stressed that the trend of the times cannot be reversed, the will of the people is not to be defied, and those who play with fire will perish by it.

“Taiwan is China’s Taiwan, and Taiwan will eventually return to the embrace of the motherland. Chinese people are not afraid of ghosts, pressure and the evil,” Xie said.

In the minds of the Chinese people, nothing is more sacred than to protect China’s sovereignty and territorial integrity, and nothing is more important than safeguarding and realizing national reunification, Xie noted.

He added that no country, no force and no individual should ever underestimate the firm resolve, strong will and great capability of the Chinese government and people to defend national sovereignty and territorial integrity and to achieve national reunification and rejuvenation.

The Biden administration strongly defended House Speaker Nancy Pelosi’s visit to Taiwan on Tuesday amid China’s ongoing fiery response, saying the trip is consistent with longstanding US policy and is “no reason” for Beijing to further escalate tensions.

White House National Security Council spokesman John Kirby said the Chinese response thus far has been “unfortunately right in line with what we had anticipated,” noting Washington expects China to be preparing to “react over a longer-term horizon.”

Some of the actions the US is preparing for China to take include additional large-scale military exercises, carrying out flights across the sensitive median line in the Taiwan Strait “and using economic coercion.”

“There’s no reason for China to take what is perfectly legitimate and consistent travel by the speaker of the House and turn it into some pretext for amping up the tensions, or creating some sort of crisis or conflict,” Kirby told reporters at the White House.

“The United States will not seek and does not want a crisis. We are prepared to manage what Beijing chooses to do. At the same time, we will not engage in saber rattling. We will continue to support Taiwan, defend a free and open Indo-Pacific, and seek to maintain communication with Beijing,” he added.

Asked if US President Joe Biden supports Pelosi’s decision to visit the self-governing island, Kirby said “he respects the speaker’s decision to travel to Taiwan.”

Pelosi, the first US House of Representatives speaker to visit Taiwan in 25 years, will meet Taiwanese President Tsai Ing-wen and also engage with Taiwanese lawmakers.

In 1997, Republican Newt Gingrich was the last House speaker to visit the self-ruled island, which has maintained its independence since 1949.

Soon after Pelosi landed in Taiwan, the Chinese military announced that it will hold military drills around the self-ruled island, home to over 24 million people. China views Taiwan as a “breakaway province” and has vowed to reunify it with the mainland, including by force if necessary.

The Taiwanese Defense Ministry said around 21 Chinese military aircraft entered its air defense identification zone – a buffer zone outside the country’s airspace, where it has the right to ask incoming aircraft to identify themselves.