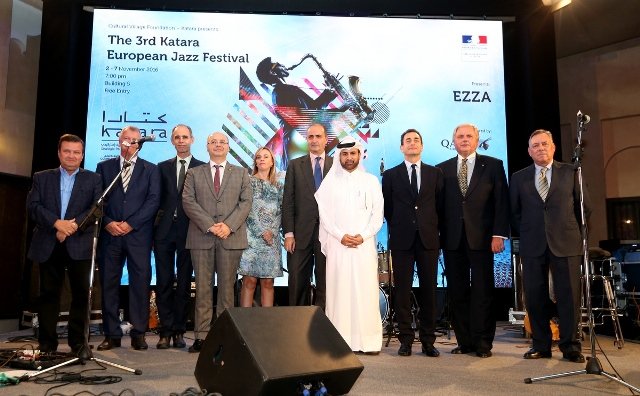 The third edition of Katara European Jazz Festival started on Wednesday amidst significant presence of heads of diplomatic missions of participant countries and a large crowd.

Following the inauguration ceremony, Jazz lovers experienced the spectacular Saharan music that blend with rock sounds, African pulse, rhythmic trances and groove during the performance of the French band, Ezza.

The first day of Jazz festivities continued with the performance of Golden Circle Quartet from Italy who formed an imaginary “golden circle,” blending together their experiences and setting aside their preeminent roles to convey their extraordinary talent as interpreters and music makers in a singular band.

Jazz festivities will continue on Friday with the performance by the German band Three Fall.