Nepal Embassy Held Awareness Program On Use of Social Media 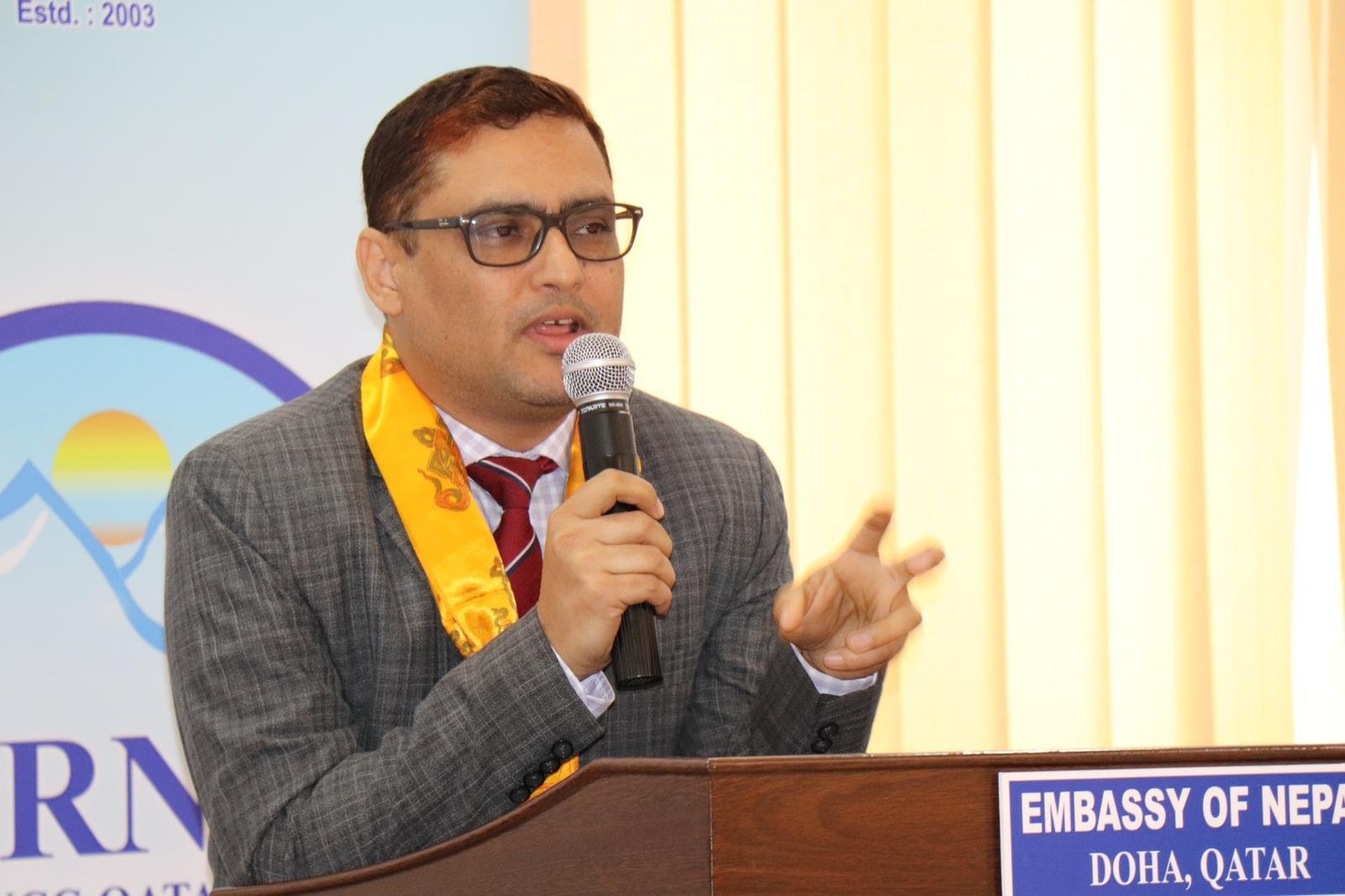 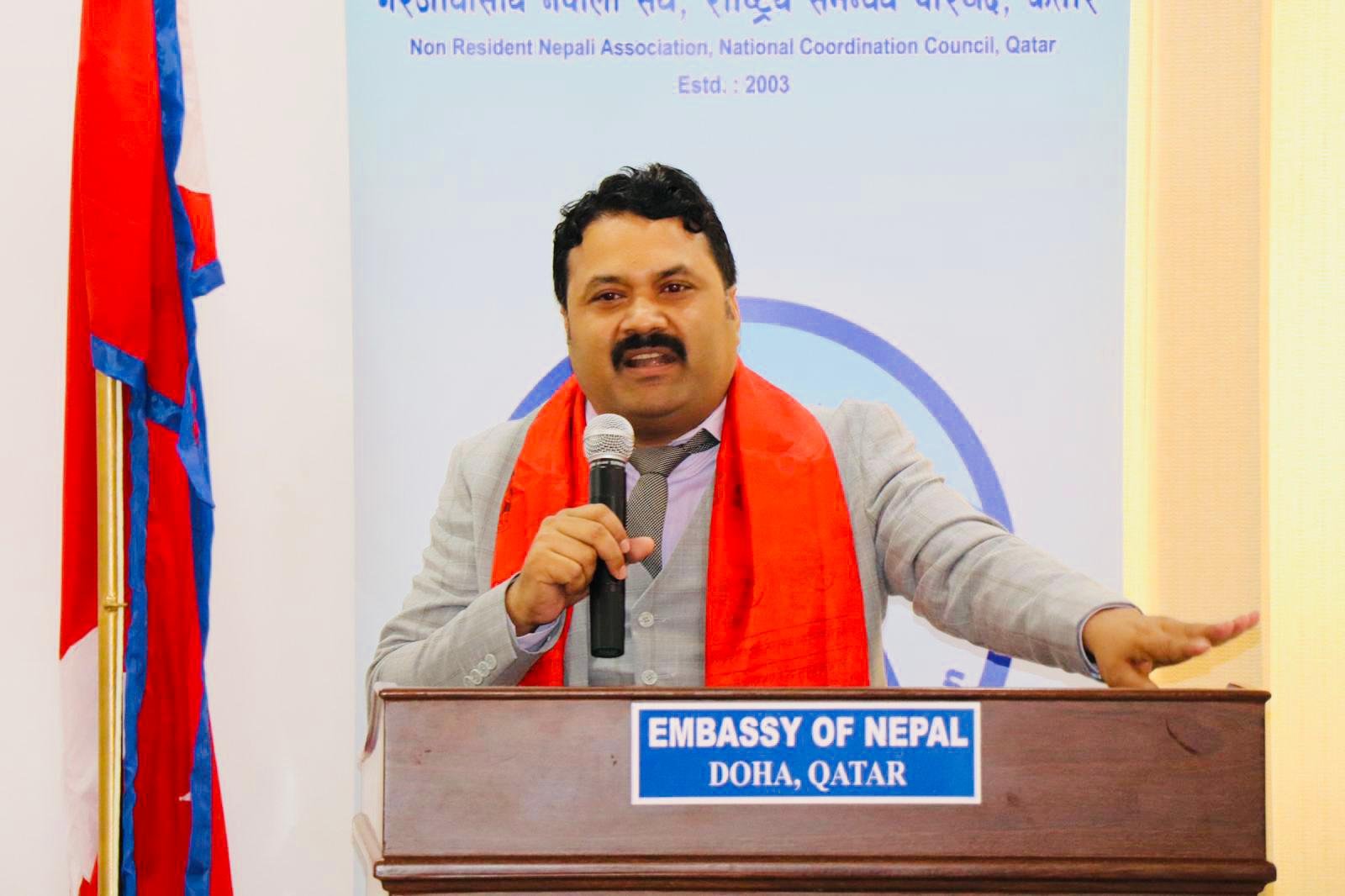 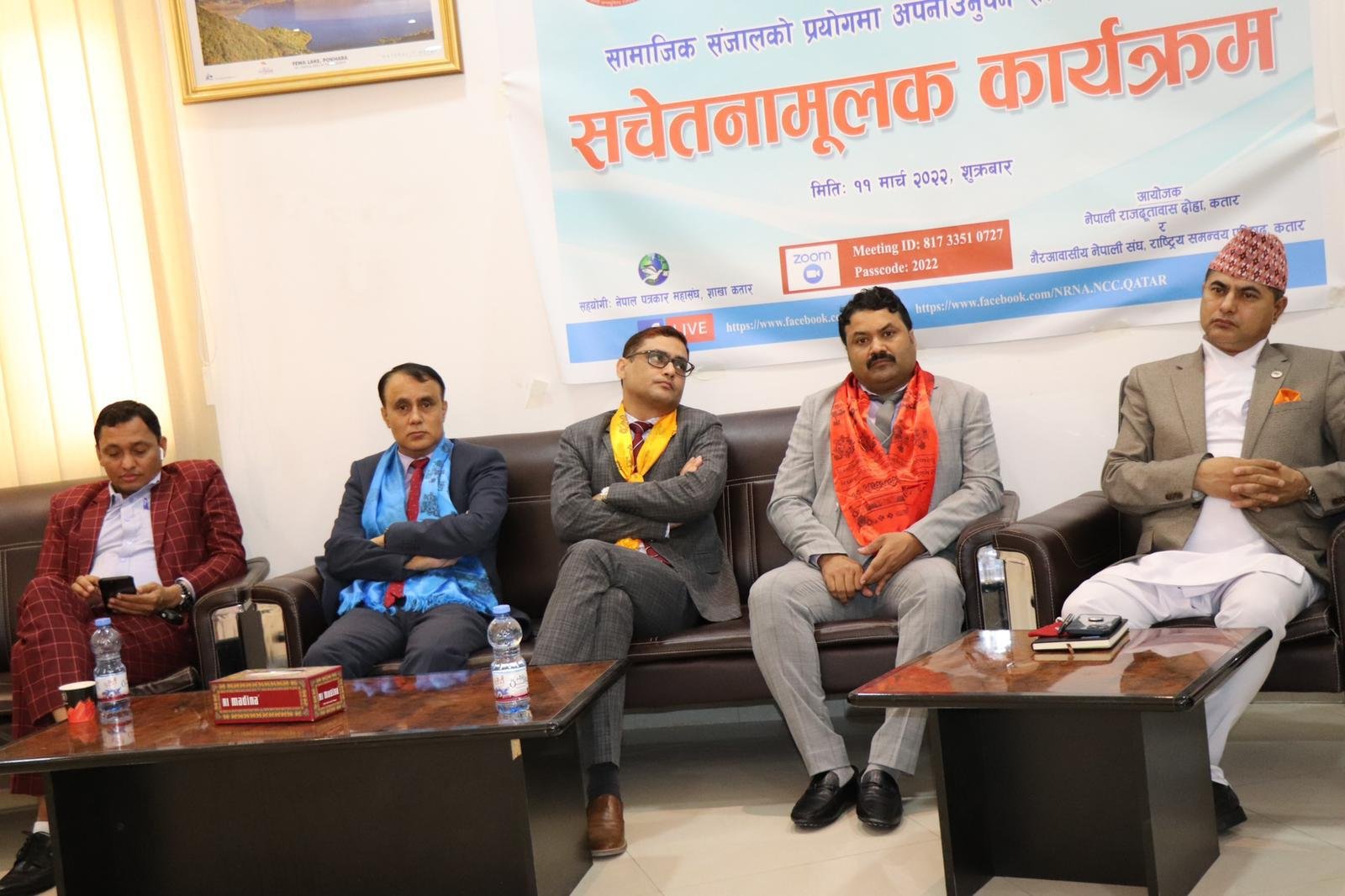 Nepali Embassy in coordination with the National Coordinating Council of the Non-Resident Nepali Association (NRNA); and Federation of Nepali Journalists, Qatar recently  organized an awareness program about the responsibilities of using of social media.

Lakshuman Khanal appreciated Community forums of their cooperation and support in  organizing the program on a very important issue of the time.

He said that as the number of community members using social sites is on the rise, they need to be careful about making utilization of such sites rather than misusing them.

He stressed on the need to have knowledge about local laws, culture, tradition and norms to jeopardize the peace and harmony among themselves as well as in the community and society in general.

He advised to be very carefull sharing unauthorized visuals and using of unwarranted social site which may might hamper the privacy of individuals as well as the safety, security and harmony of the society.

Mohammad Muktada Musalman urged Nepali workers to focus on their ultimate goals of coming to Qatar.

He urged the people to use social media for entertainment in a way that respects or does not interfere with Qatar’s culture and traditions.

Mohammad Muktda Musalman urged  to be aware of the obligations of respecting the laws of the country in  which they live.

Karim Bakhs Miya, president of the Federation of Nepali Journalists, informed about the recent misuse of social media platforms including tickets and the legal issues that may arise due to it.

Miya said most places in Qatar were not banned from taking photos or videos, but not all places were declared public. He urged the people to be aware of the legal issues that could arise due to misuse of social media, even though they have the right to use it.

Sent from Yahoo Mail on Android