‘We Will Play For our Lives In Our Next Game Against China’ Iran Stands With 14 Points, Coach 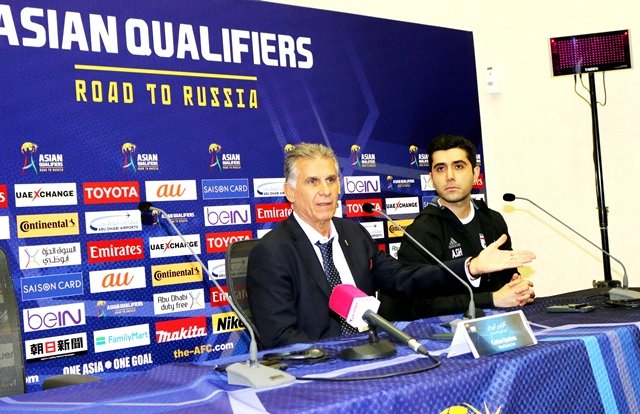 Iran edged out Qatar 0-1 on Thursday in a 2018 World Cup qualifier in Doha, with Mehdi Taremi’s second-half strike that boosted hopes for Iran’s 2018 FIFA World Cup qualification in Russia.

Carlos Queiroz’s team was already leading Group A with 11 points obtained from five games and the victory against Qatar brought the Iranian football players one giant leap closer towards Russia 2018 by tallying up the points to 14. The game left Qatar at rock bottom with four points.

Persepolis striker Mehdi Taremi’s finish in the 52nd minute gave the Iranian team their sweet victory against the Qatari opponents.

“With a four-point lead we are in a comfortable position but we will play for our lives in our next game against China,” the Portuguese coach was quoted to say after the win against Qatar.

At a press conference after the match with Qatar, Carlos lauded the professionalism, mannerism of Qatari team and regarded Qatari players as a tough team not easy to win.