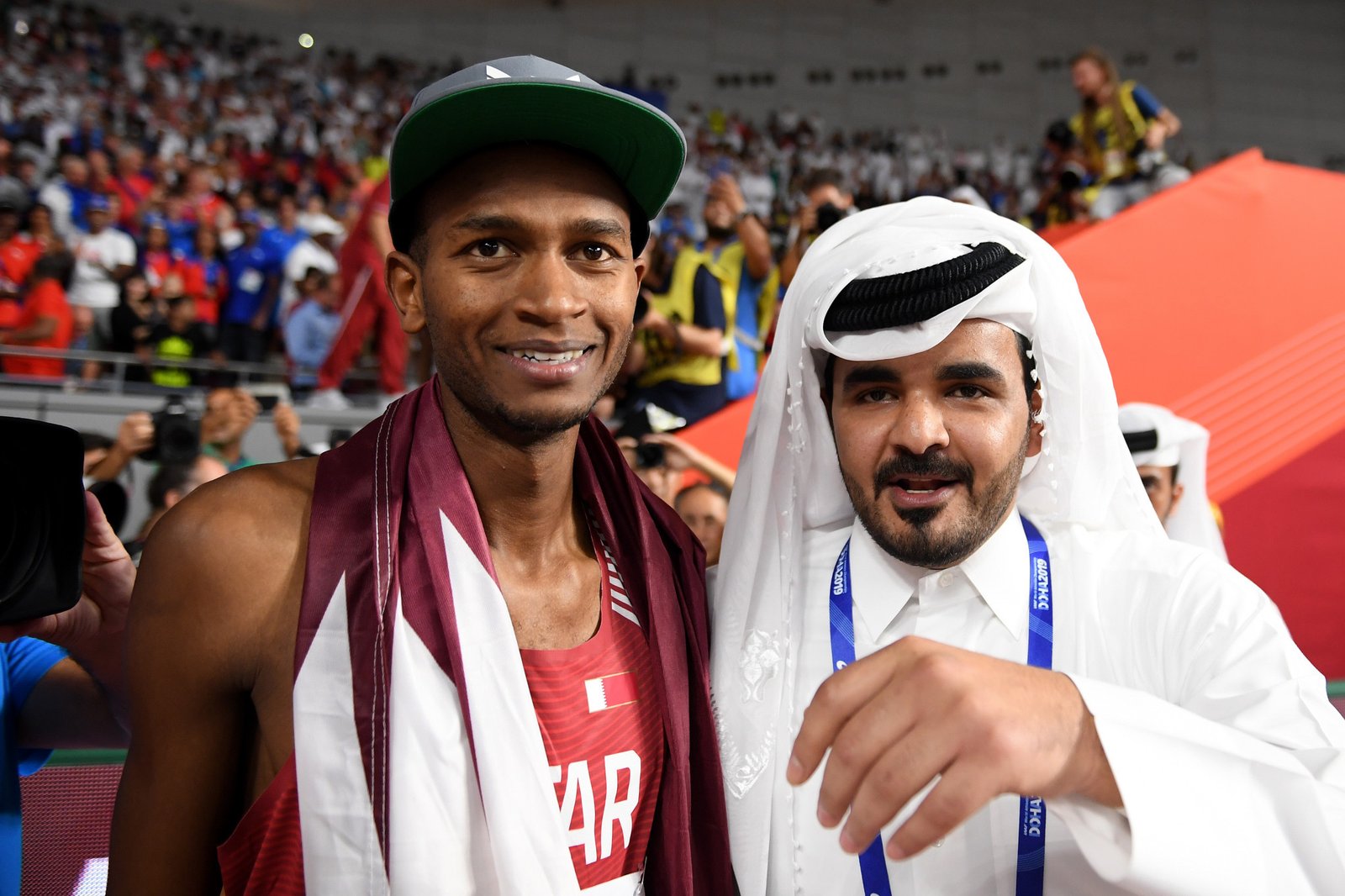 30 years old, Doha born Mutaz Essa Barshim of Qatar and Italy’s Gianmarco Tamberi to share Gold Medal in High Jump, both decided they would be co-champion in the high jump.

Both tried to cross 2.37 meters and attempted three times for 2.39 jump, but failed, they agreed to be at top on the podium together.

Barshim has previously to his profile Silver medal in 2016 at Rio de Janeiro, and Bronze in London, 2012 Olympics.

It is first time for Tamberi to win a medal at the Olympics.