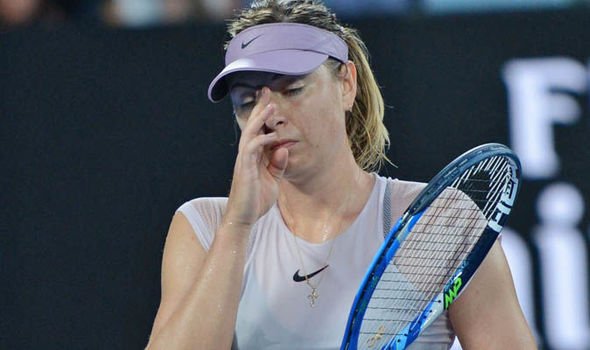 Maria Sharapova has defended her ability to go long into matches after losing on three sets in the Qatar Total Open first round on Monday at Doha.

Sharapova looked to be cruising to victory over Monica Niculescu in Doha. But the Russian let slip a one-set lead to crash out in two hours, 38 minutes.The defeat was a surprise for the former Wimbledon champion. And she insisted she has the capacity to still compete deep into matches.

“I thought I did a really good job in the first set and a half, but that’s obviously not enough to win the match,” Sharapova said.

“I did a good job of winning the longer rallies, even though that’s not really what I wanted to get myself into. So physically I felt good.

“I just got pretty passive in the end and starting making too many errors.” Sharapova was downed 4-6, 6-4, 6-3 by former world No 28 Niculescu and hit a staggering 52 unforced errors during the match.

The defeat comes after she crashed out in the third round of the Australian Open but was adamant she knows how to put things right.

“I love playing in three-set matches, and I think I’ve thrived in them my career,” she said. “So I don’t necessarily shy away from that challenge.

“I think I have to look at the tape and see why I started going back behind the baseline and not moving forward, not putting the pace on her.”

Earlier, Dominika Cibulkova rallied past Russia’s Anastasia Pavlyuchenkova 7-6(8) 6-4 as she progressed to a second round meeting with France’s seventh seed Caroline Garcia.

Romania’s Mihaela Buzarnescu eased past Lesia Tsurenko to set up a clash with sixth-seeded French Open champion Jelena Ostapenko, while American qualifier CiCi Bellis advanced after Daria Kasatkina pulled out of their opener with an injury.