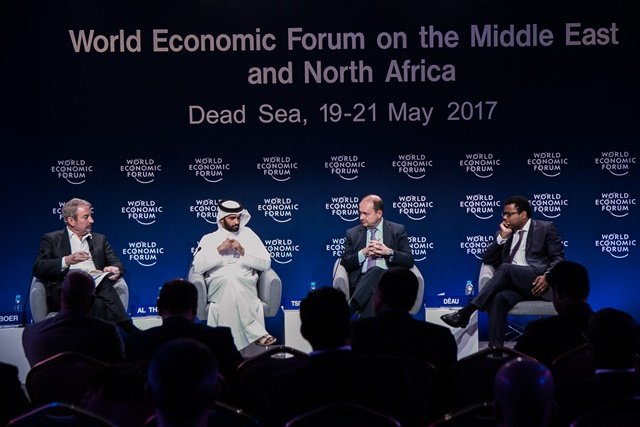 Hassan Al Thawadi, Secretary General, Supreme Committee for Delivery & Legacy led a delegation to the World Economic Forum on the Middle East and North Africa where he discussed the trans-formative power of football, infrastructure spending in the MENA region and the 2022 FIFA World Cup Qatar.

During the event which is being held at the Dead Sea in Jordan, Al Thawadi featured on a panel session titled ‘Finding $100 billion for infrastructure to meet the growth targets of the MENA region’, as well taking part in a ‘Hub Session’ presentation and discussion where he explored the trans-formative power of football with Street foot ball world Founder and Chief Executive Officer, Juergen Griesbeck.

During the infrastructure panel session, Al Thawadi examined infrastructure investment spending in the MENA region and how public-private collaboration can attract alternative financing sources for infrastructure. He outlined the concept behind the 2022 FIFA World Cup and the infrastructure that will support it, focusing in particular on the legacy plans for the stadium precincts. Other areas covered by the panel included sustainable development investment partnership (SDIP), large-scale infrastructure projects and non-traditional financiers from pension funds to sovereign wealth funds and the private sector.

The ‘Hub Session’ that Al Thawadi took part in was titled ‘The Transformative Power of Football’, during which he discussed the power of football and how the sport has the potential to inspire young people and contribute to a generational transformation, drawing on the SC’s own efforts through programmes such as Generation Amazing and Challenge 22. Streetfootballworld Founder and Chief Executive Officer, Juergen Griesbeck, who co-presented with Al Thawadi, discussed the work his organization is doing with the SC and young people around the world and how football can drive social change.

Al Thawadi participated in a ministerial round-table focusing on policy recommendations on the final morning of the forum. In addition to this, the Secretary General also engaged in a number of high level meetings on the side-lines of the event which included an audience with the Founder and Executive Chairman of the World Economic Forum, Klaus Schwab and discussions with a variety of government officials and business leaders.

Al Thawadi also took part in a Facebook Live discussion with participants from the around the globe watching the forum online.

Over 1,000 government, business and civil society leaders from more than 50 countries were expected to attend the event in Jordan, running from 19-21 May. The aim of forum was to provide a collaborative platform for shaping the future of the Middle East and North Africa through public-private cooperation.