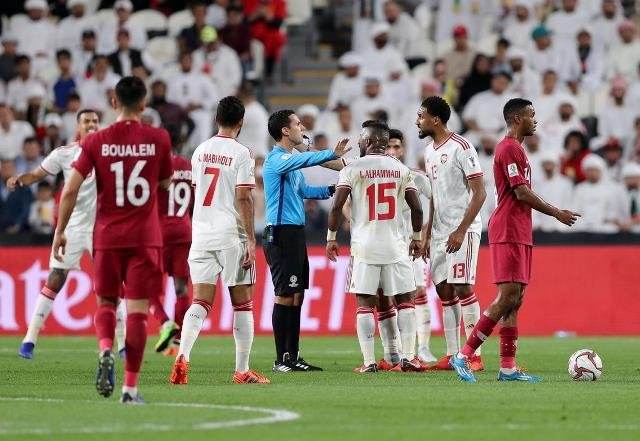 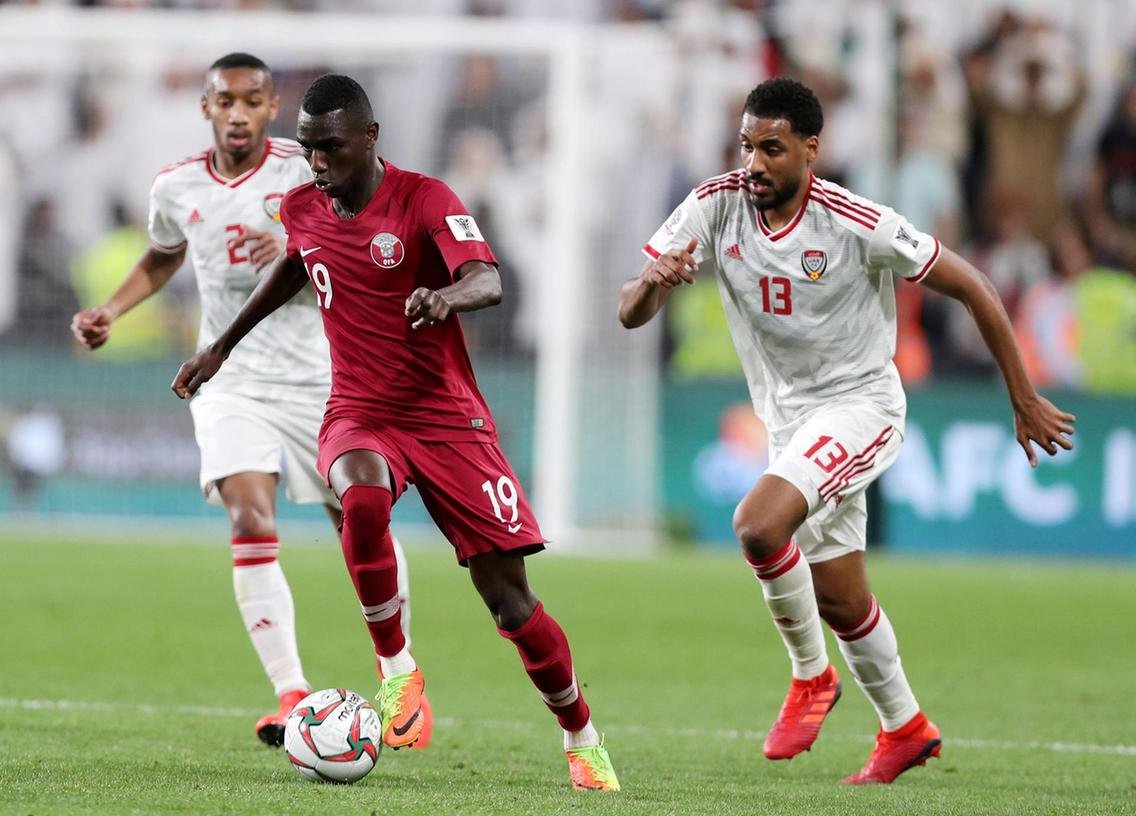 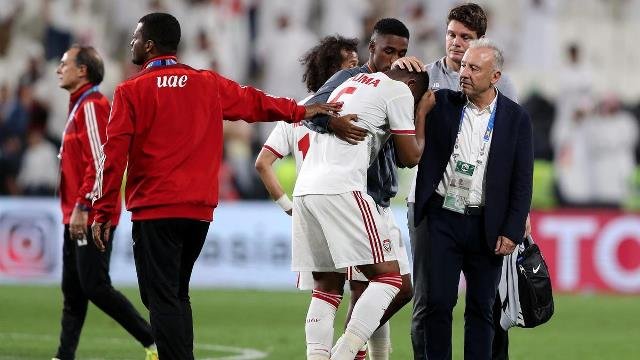 The United Arab Emirates, host of the 2019 AFC Asia Cup, reached the end of its tournament run with a 4-0 loss to Qatar at Tuesday night’s semi-final in a heated match marred by outbursts from angry spectators.

Fans threw a barrage of shoes and water bottles onto the soccer field after successive Qatari goals, prompting event security officials to urge calm and restraint. Match attendees posted videos on Twitter capturing boos and jeering during Qatar’s national anthem and a field littered with objects that spectators had lobbed at players.

Dubbed the “Blockade Derby” by some, emotions ran high between the rivals at Abu Dhabi’s Zayed Sports City Stadium, whose teams met for the first time since the UAE, together with Saudi Arabia, Egypt and Bahrain launched an economic and political blockade against Qatar 18 months ago. They accuse Doha of financing terrorism and getting too close to Iran, charges the Qataris deny.

Hassan al-Haydos scored the third goal at minute 80, and Hamid Ismaeil sealed the team’s victory with a fourth as the clock wound down in injury time. Just before the final goal, UAE defender Ismail Ahmed was sent off with a red card for an elbow to the face of a Qatari opponent.

The majority of Qatar’s national players are foreign-born but naturalized by the sheikhdom. In 2017, only 4 members of the national team were of Qatari origin.

The Emiratis had progressed to the penultimate match after beating Australia 1-0 in the quarter-final on Friday. Within hours of that victory, Abu Dhabi’s sports council announced it would purchase all remaining tickets for the semi-final match, later offering free tickets to “loyal” UAE fans, local paper The National reported.

This of course meant that no seats could be purchased by Qatari fans, who face high barriers entering the country, including special clearance and two layers of vetting, according to a New York Times report. Previous matches against Qatar during this year’s tournament have been devoid of a Qatari fan presence, the stadiums’ away sections mostly empty.

One spectator, commenting on Twitter from the match, called the night “90 minutes of GCC warfare.”

A number of viewers took to social media to express their disappointment at some of the fans’ performance.