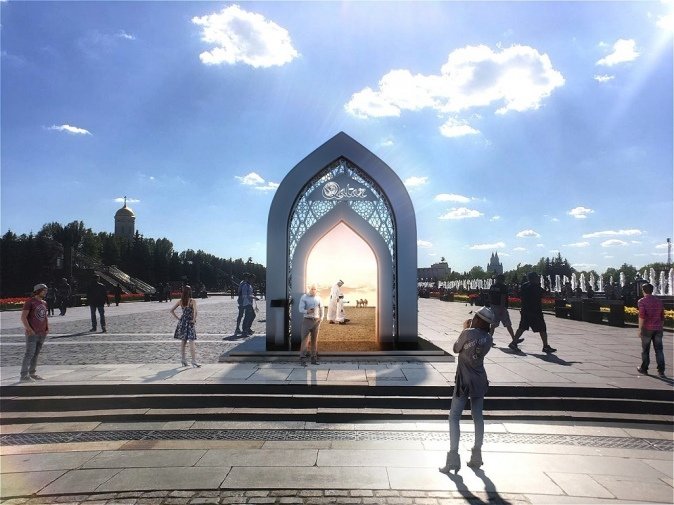 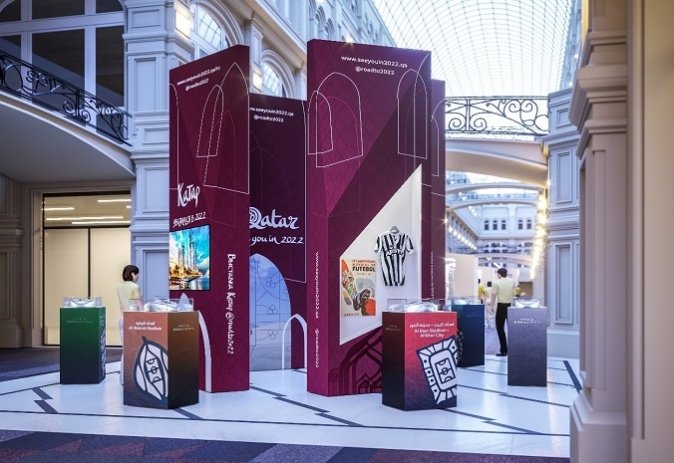 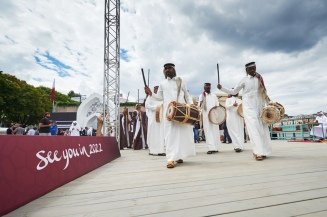 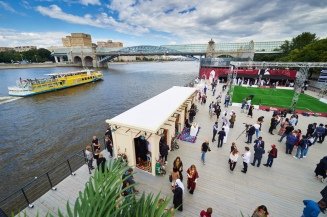 Football fans in Russia attending the 2018 FIFA World Cup are getting a taste of what’s to come in four years’ time after Qatar unveiled a host of activations in Moscow and Saint Petersburg.

The flagship installation, Majlis Qatar, was officially opened on Saturday 7 July by Hassan Al Thawadi, Secretary General of the Supreme Committee for Delivery & Legacy (SC), the organisation responsible for delivering the infrastructure required for the 2022 FIFA World Cup. The opening ceremony was attended by hundreds of senior Qatari stakeholders, footballing partners and media representatives.

The three-tiered pop-up installation is located in the centre of Moscow’s famous Gorky Park. It’s free to attend and will host the general public, VIPs and media during its nine-day run.

During the launch, Al Thawadi said Qatar was excited at the prospect of football fans switching their attention from Russia to Qatar, and the prospect of the first FIFA World Cup™ in the Arab world.

“Our activations in Moscow and Saint Petersburg are shining a light on the kind of tournament we will host in 2022 – one that welcomes everyone, is family-friendly and provides an exceptional experience for fans, players and officials thanks to its compact nature,” said Al Thawadi.

“Excitement is already building in Qatar as we get ever closer to hosting the biggest event in our country and region’s history – and we want to share that excitement with fans in Russia, show them the very best of Arab hospitality and encourage them to attend our tournament in four years’ time.”

In addition to Majlis Qatar, the SC and numerous Qatari stakeholders are hosting Qatar Elements – the world’s first floating multimedia museum. Located on the Moskva River, near Gorky Park, visitors will be invited to travel to Qatar through an immersive multimedia show, where informational graphics on Qatar’s hosting plans will be projected on to walls, appearing to flow down into the river’s water.

A series of innovative portals have also been placed across Doha, Moscow and Saint Petersburg, and will allow fans to interact between the cities via live broadcasts. The Qatar-based portals are located in Hamad International Airport, the popular Souq Waqif market and Ali Bin Hamad Al Attiyah Arena, where the SC is hosting Qatar Fan Zone.

Furthermore, Moscow’s famous GUM department store will also play host to a football exhibition showcasing FIFA World Cup™ memorabilia and exhibits from Qatari stakeholders, including Qatar Museums and the Sheikh Faisal Museum. This is in addition to two stunning oryx statues, which were painted by a Qatari and Russian artist.