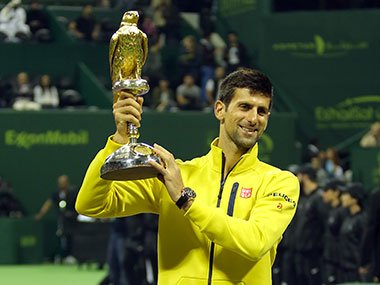 Czech tennis star Tomas Berdych arrived in Doha to participate in the 2018 edition of Qatar ExxonMobil Open to be held at the Khalifa Tennis and Squash Complex from January 1 to 6, 2018.

“The Czech super star is one of the common faces in our tournament as he participated in more than one edition and gained wide popularity here in Doha not only among the Czech community but from around the world” added Karim Alami.

Berdych reached the semifinals of the last edition where went down fighting against Andy Murray 3-6 4-6. Berdych claimed the title of doubles event at the 2014 edition with his compatriot Jan Hajek when they defeated Alexander Peya  and Bruno Soares 6–2, 6–4 in the final match.

French star player Jo-Wilfred Tsonga has participated in many previous editions of Qatar ExxonMobil Open and was crowned champion in 2012.