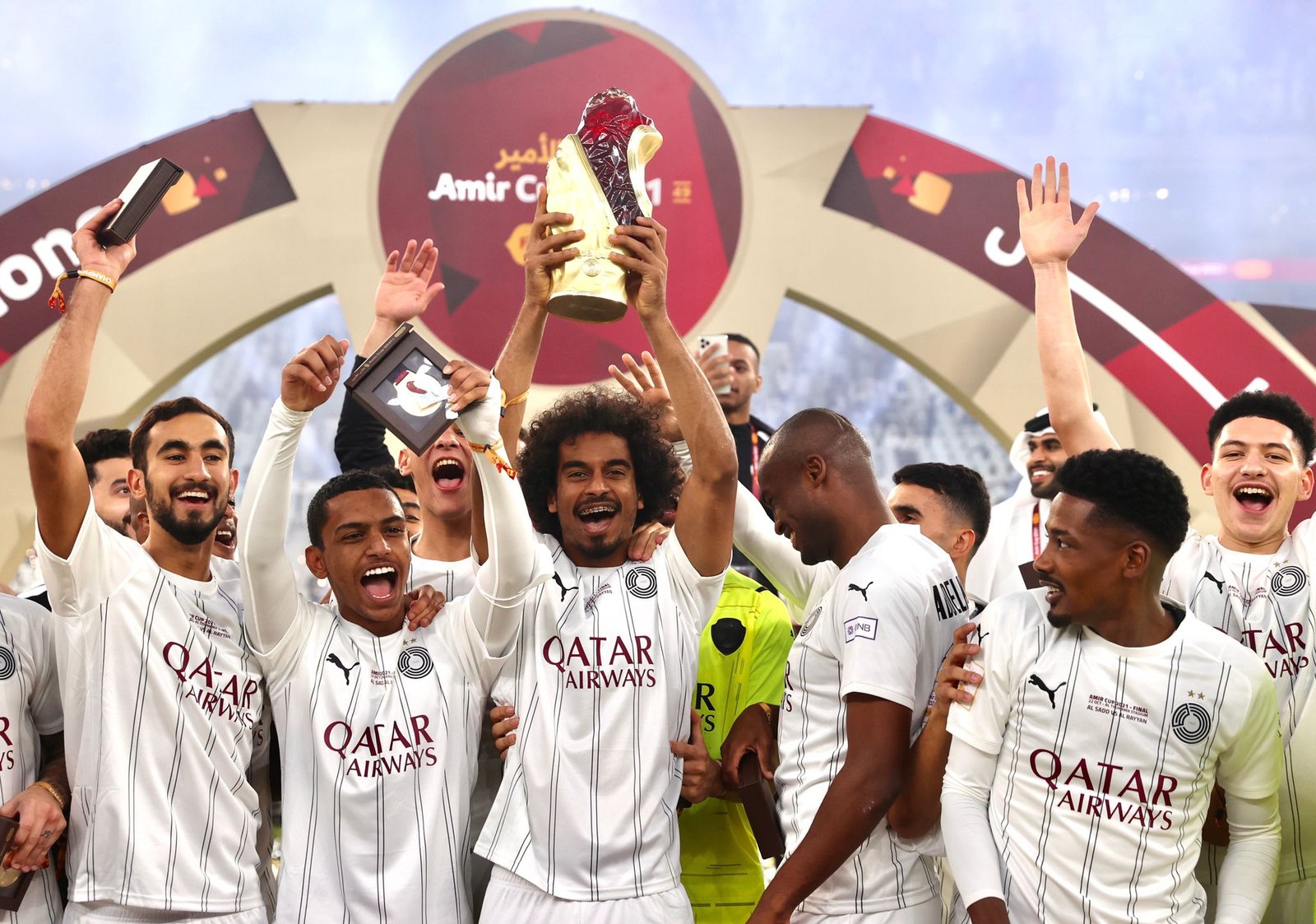 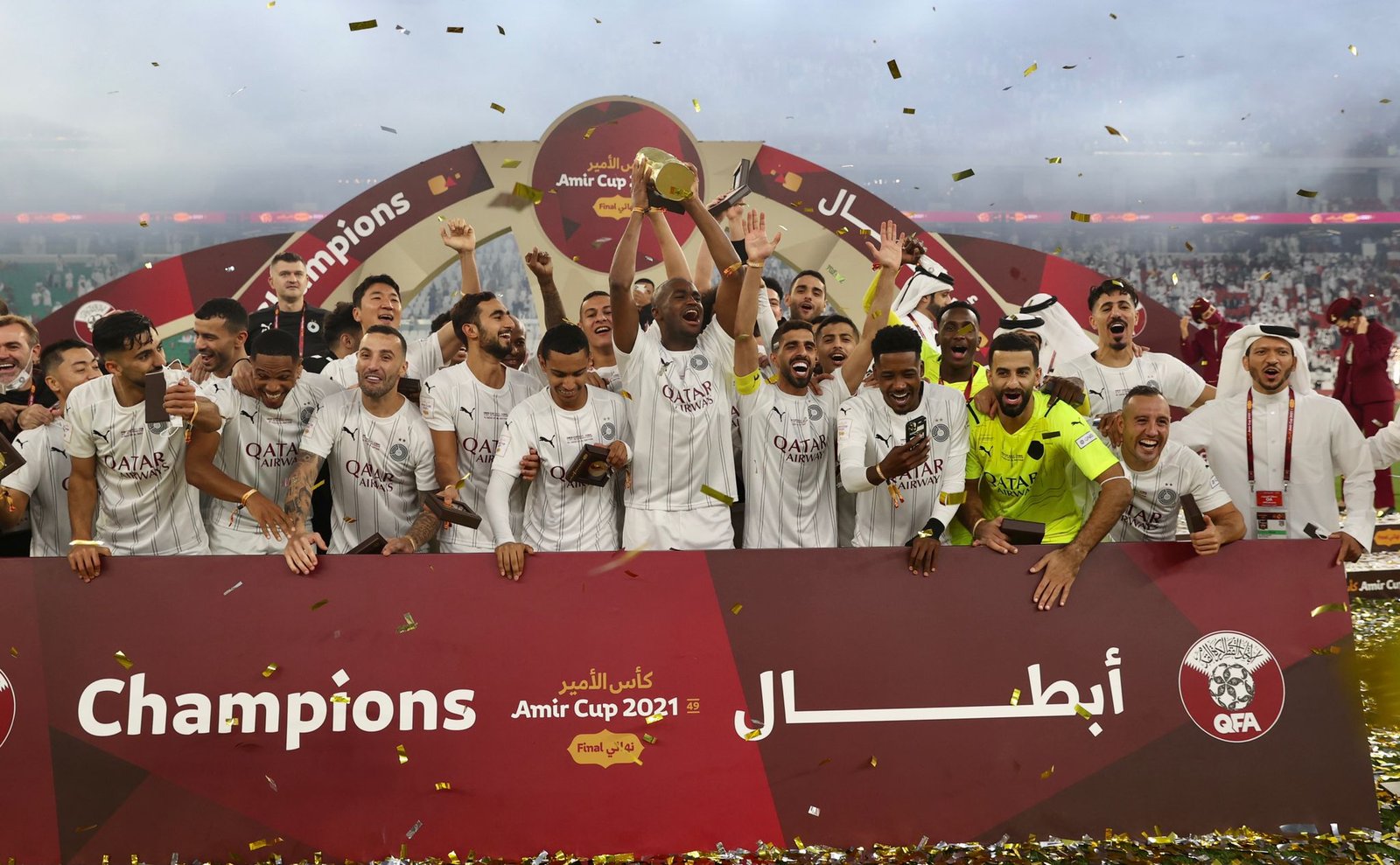 Al Sadd team won the Emir of Qatar Cup for the eighteenth time in the history of its career, after defeating Al Rayyan on penalties at the official opening of  Al Thumama Stadium in Doha.

Al Rayyan team scored the first goal in the 44th minute through Yassin Ibrahimi in a penalty kick against Al Sadd team.

Al Sadd equaled the goal in the 58th minute through Santi Cazorla with a penalty kick, making the match in a tie at the end of the match.

Later, Al-Sadd team beat Al-Rayyan in the penalty shootout 5-4 after Al-Rayyan team star Khalilzad missed the fifth penalty kick which crowned Al Sadd for the second time in row and eighteenth time in the history of it’s football career.