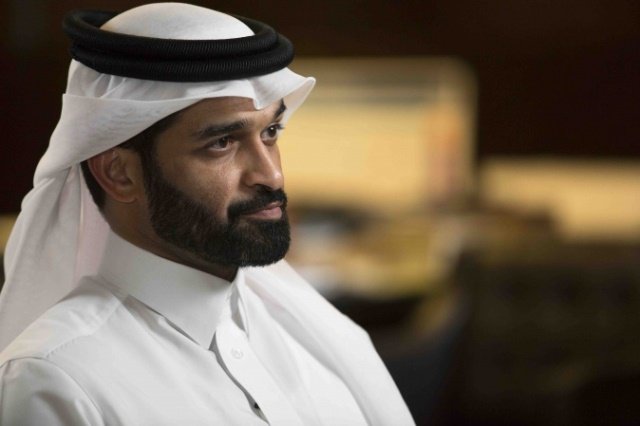 Six years after Qatar was awarded the rights to host the 2022 FIFA World Cup™, Supreme Committee for Delivery & Legacy (SC) Secretary General HE Hassan Al Thawadi is dynamically leading preparations for a country in full swing towards hosting the greatest football event in the world.

The SC Secretary General sat down for an exclusive interview to look back at the most memorable moments along the way, explain why 2017 will be a year of major progress across stadium sites, and highlight his firm belief that Qatar will set a new benchmark for hosting major sporting events in the future.

Q. We have reached the half-way point in Qatar’s preparations for 2022. How important is this moment?

A. This mark is a very important time. It is six years since we won the rights to host the World Cup, and six years to go. We’ve reached the midway point. The first six years were challenging; whenever you’re trying to launch something off the ground you’re always going to find growing pains, getting things up and running, assigning main contractors for stadiums, as well as some of the other challenges. That was a chapter, now we can say we’re looking at the second half of the game. The first half is over, we’re looking at the coming six years.

The preparations are in full swing, momentum has picked up and we’re moving at a very good pace in terms of delivery of projects, stadiums, infrastructure and initiatives surrounding the World Cup. For me it is a moment of reflection, significant lessons learnt, and a very slight pat on the back because everyone in the Supreme Committee deserves a pat on the back. And then its heads down, eyes forward, six years to go.

Q. Over the past six years, what have been the most exciting moments for you personally?

A. There were many exciting moments over the past years, such as the cooled fan zones during the 2014 FIFA World Cup which were held in Katara and at Aspire, the Workers Cup, especially the last final where we had over 11,000 people in attendance. I can talk about the Accessibility Forum that we just had, which was also a very exciting but emotional moment, because it showed how important it is to touch base with everyone within the community. Not only to fulfil their needs as fans, but also to ensure we bring them on board as organisers and participants in delivering the World Cup. The graduating first cohort in Josoor, Challenge 22 and the first edition, going to Generation Amazing in Jordan with Xavi. I can go on and on, but honestly every moment has a special place in my heart because it is the result of a lot of effort, from a lot of good people to fulfil an initiative that touches people’s hearts. A goal that a lot of people think is a dream is being achieved by initiatives such as these.

Q. With eight stadiums now under construction, and the Main Contractor for Lusail Stadium coming on board this week, are we set to see a new dimension in construction progress in 2017?

Q. In terms of the tangible benefits, what will the 2022 FIFA World Cup™ bring to the region?

A. We’ve always aimed for the Middle East and the local and regional population to benefit out of this World Cup. Through initiatives like Challenge 22, which looks to invest in the innovative and entrepreneurial spirit of the people of the Middle East and the Arab world, there will be a long term benefit from that. As every edition of Challenge 22 comes out until 2022, you will find more and more people showcasing their entrepreneurial skills, and that will open the door to more investment to come in.
If you’re looking at Josoor Institute, the idea is to develop the capabilities of the people within the region, in terms of the sporting industry. Our long term aim is to gradually start improving capabilities of individuals within the sporting industry so that they can contribute to developing their own sporting economy within their countries. There are benefits that come out of this in the short and long term. I’d like to say to everyone that there are opportunities, and we’d like to ask everybody to try and take them and make the most out of it.
I’ve been very inspired by two individuals who have shown this initiative, two gentleman, one from Palestine and one from Yemen, who were part of the first class that graduated this year. They went through significant hardships to grasp that opportunity and they are role models and inspiring individuals who are just one example of what the Middle East and Arab world has to offer.

Q. Asian football has been hugely supportive of Qatar 2022. How important will countries like China and India be leading up to 2022?

A. It goes without saying that China is the next big market, whether it relates to club football or international football. Significant sponsors are coming from China, broadcasting rights are owned by Chinese companies, so China is definitely making a significant foray into the world of football. They are the next destination. India is the same, there is significant investment in the Indian league, there is huge interest and following from the Indian fans in relation to football. It is also the next big market. In 2002 Eastern Asia hosted the first Asian World Cup. The resounding success on the pitch and off the pitch is an example of the resounding success 2022 can and will be, not only in the Middle East and Arab world, but also for Western Asia and Asia as a whole. There is a story for Asia to be told in relation to the second Asian World Cup.

Q. You’ve made a personal step towards many of Qatar’s fiercest critics. Why is that so important to you?

A. We’ve always said this World Cup is a bridge, to create a platform to bring people together. To do that, it’s very important to meet your critics, to be able to look at a person eye to eye and respond and address the concerns they may have. A lot of them are based on misinformation, once you’re able to approach them with facts and show them where they are misinformed, it creates a bridge, but at the same time it is important for us to listen to their criticism. Constructive criticism might actually change our perceptions internally. That is how you create platforms; listening to your critics, putting our case forward, listening to their case, understanding where the commonality is, and accepting there might be differences as well. That’s the ultimate aim for meeting our critics. We always welcome anybody who wants to provide constructive criticism, and we want to sit on the same table and listen to what’s being said. It’s no good closing the doors on people, that is not what 2022 stands for.

Q. Finally, while some people criticise others see the potential for one of the best World Cup tournaments ever. How do you see these different views?

A. It is natural for a mega event to have a lot of critics and a lot of supporters. Maybe we have some fiercer critics out there over a prolonged period of time, that may be the case. But in the end the way we look at it is we have a self-belief, a belief in what this World Cup stands for, and in our capabilities, in our ability, in the team that we have. When you talk to people in the Supreme Committee, you know they have the same belief that this World Cup will be a game changer, not only in terms of how World Cups are hosted, through the compact World Cup, through being located in a very central part of the globe, through the many different innovative areas we will be providing, but also the fact that it’s the first Middle Eastern and Arab World Cup, and the significance that holds in this day and age. There is no doubt in my mind that everybody is working day in and day out to ensure this will be a World Cup, a major sporting event, that will go down in history as a benchmark and one to behold. We will continue to work towards that.