Gianni Infantino: Legacy Is The Key To Qatar 2022 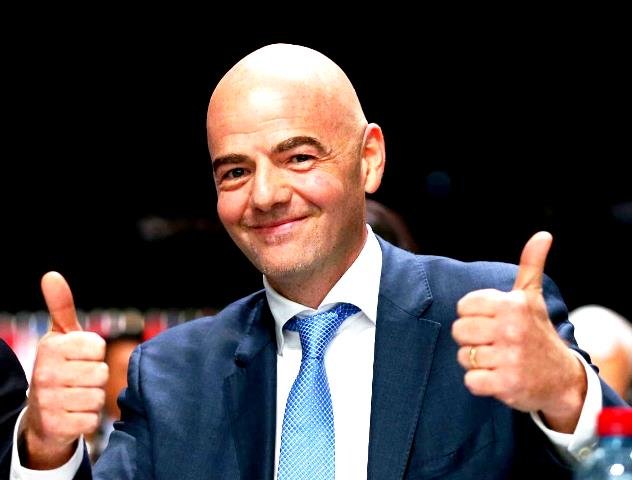 Gianni Infantino, FIFA President visited Qatar recently since his last visit a year before. During his visit, Infantino attended a two days long Executive Football Summit. Objective of the summit was to bring together member association presidents and general secretaries to discuss strategic matters as well as workshops were designed to foster greater collaboration.

President Infantino spoke exclusively to www.sc.qa about the progress he has seen over the past 12 months, as well as the incredible legacy that will be left behind for the entire Middle East as a result of hosting the tournament.

You mentioned last week how impressed you have been at the legacy plans of the 2022 FIFA World Cup Qatar™. What have you seen in your latest trip that has impressed?

The legacy of this World Cup hasn’t just been evident over the past two days but for a long time now. One of the key pillars of the organisation of the Supreme Committee for Delivery & Legacy is linked to legacy and football projects in different countries around the world. What has been done with these projects, which were presented to the Member Associations last week and impressed all of them, is not just about education values and producing professional players who can play in the World Cup. It’s about what we can do and what Qatar is doing, for young boys and girls who can play football and enjoy its core values through education which is hugely important.

Have the Member Associations who were in Qatar learned more about the legacy plans of 2022 that they perhaps did not know much about before?

I’m sure many were not aware of the full legacy plans and it’s good that they were able to hear about them first-hand. This is the sort of information that gets lost when you speak about organising such a big event as people tend to focus on stadiums or airports and hotels. They want to talk about the big things you can see and touch. They don’t always see the additional work which is why these presentations were very important.

I spoke with the associations about these issues of course and it was great to see representatives from Qatar exchanging contact details with their counterparts, which I am sure will lead to working on various activities together in the future. I think the best example of seeing this kind of relationship in practice is to look at the Nordic FAs that came to Qatar last year. They were very impressed by what they saw and they expressed this after their meeting.

You have been very clear about your plans for an expanded World Cup to ensure sustainable tournaments. Is it fitting that 2022 – which could be the last World Cup as we know it – has been planned to leave a sustainable legacy behind?

No matter what happens, 2022 will leave a lasting legacy because it is the first World Cup to be organised in the Middle East. It is the first time an Arab country will have hosted the tournament and this is important as we live in a time when we need to highlight respect and inclusion. It will also take place during a different time of the year which is something else that will make the event very unique.

What the future of the World Cup will look like we will have to wait and see. We still don’t know if there will be one host or two hosts, so time will tell. However, we are very much looking forward to this World Cup because it will be something really special.

We know everything will be located very closely together and to have the furthest stadiums situated no more than 60 kilometres apart is quite something. Normally a World Cup city would only have matches every three or four days. In 2022 there will be games in a World Cup country the size of a city every day and people will enjoy this concept.

It’s been almost one year since you were in Doha. How impressed have you been with the progress since the last time you were here?

There has been enormous progress made, with the infrastructure and the construction works. Khalifa Stadium is the historic stadium in Qatar. It is a beautiful stadium and is almost complete. More generally, the construction of the stadiums is progressing at a fast rate which is fantastic to see. As 2022 approaches, we must now move at full speed.

Last week it was announced work had begun to install the modular components on Al Bayt Stadium. It must be very encouraging to see some of the promises made during the bid come to life?

This is extremely satisfying to see. It is part of the legacy we were talking about. Not only is it a beautiful stadium that represents such an iconic part of the Arabic culture, but also the modular structure is a very intelligently designed project that avoids creating a 60,000-seater monument that you do not need because of Qatar’s size. What is left behind can be used by other people after the tournament, so for me that is a concrete example of intelligent, sustainable construction. It is a true testament to the legacy of the work that has been done so far. We are looking forward to the first stadium inspections which will take place from this year onwards.

Generation Amazing, the SC’s flagship CSR programme, is another example of the impact this World Cup is having five years before the tournament even begins. How impressed have you been by the impact a programme like this is having so far in advance?

The rewarding aspect of these projects is you can see they have already started. You can already feel the World Cup and the impact it has on so many people. Even the name of the programme describes its effect. What has already been done in this project is amazing and it is good to embrace these activities so far in advance because they are all part of the project and demonstrate the impact that a World Cup in Qatar will have in this country and around the rest of the world.

In terms of the progress made on Workers’ Welfare, do you still have a level of comfort that the health and well-being of workers is being looked after?

Work on this issue is never finished and there is a lot that still needs to be done, however there has been progress. The World Cup in Qatar is a catalyst for change, providing a tremendous opportunity to set a benchmark for the conditions of workers, not just in this country but across the entire Gulf region. Yes, a lot needs to be done but I think you must also look at what has already been accomplished like the establishment of workers welfare standards, the signing of an agreement between Building and Wood Workers’ International and the Supreme Committee for Delivery & Legacy to conduct joint labour and accommodation inspections on World Cup stadia, and the cooled helmet and towel initiatives which will provide workers with specially designed helmets and cold towels during construction phases when temperatures increase. We will always look at this issue in a critical way, but in a way that provides constructive criticism and recognises the progress and effort that has been achieved so far.

The World Cup spotlight may bring some negativity at times but it also brings positivity and we must continue this good work. I think back to almost a year ago when I attended the Workers’ Cup. This was a very interesting tournament and concept. The final had more people at it than a lot of professional leagues. This is one of the positives.

Hassan Al Thawadi, Secretary General of the SC, spoke last week at Cambridge University about the importance of using football to bring people together. Has there been a more important time for the sport to try and achieve this?

These are very important points. Football is of course just a game but is also so much more than that. There are times like at the moment, when we look around the world and see a lot tension and fear. Through football we can try and change this and we can try and help people smile. All we want to try to do is let people share moments of joy and happiness because that’s what football is about.