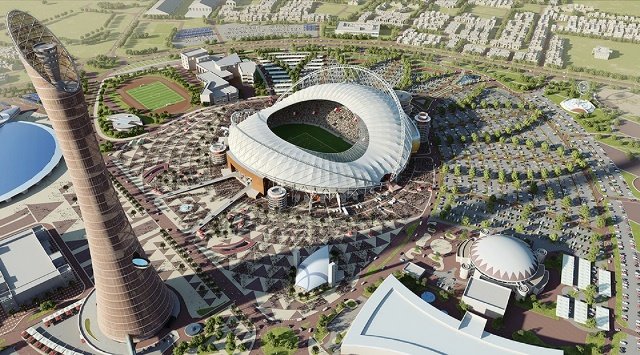 Expatriate communities living in Qatar in collaboration with Community Out-reaching Department of Supreme Committee will be organising a colorful Family Festival before the start of the final football match between participating Qatari clubs.

It is expected to attract around 40,000 people since being Friday, weekly holiday in Qatar expected soft opening with fireworks and long years to remember shows.

This accomplished 40,000-seat arena already has an illustrious hosting history, having previously welcomed the Asian Games, the Gulf Cup and the AFC Asian Cup, among other events. Over the years it has developed into a worthy ambassador for the Middle East, symbolising sporting excellence in all its forms. For people in Qatar and the region, Khalifa International Stadium is an old friend, a familiar face which brings communities together.

Built in 1976 in Al Rayyan, Khalifa International Stadium has long been the beating heart of the country’s sporting tradition – and the gatekeeper to its promising future.

It is now being redeveloped by Aspire Zone Foundation, one of the Supreme Committee for Delivery & Legacy’s key stakeholders, ready to host matches through to the quarter-final stage of the 2022 FIFA World Cup Qatar™. Located at the centre of all the 2022 venues, the stadium will play a pivotal role in this tournament, whose unique geography and advanced transport systems will make it the best-connected international football competition ever.