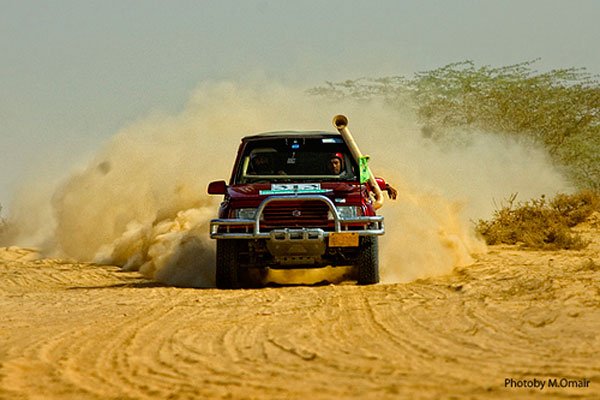 Cholistan desert rally would start from Derawar Fort, Bahawalpur, on Feb 9 and end on Feb 12.

Around 100 drivers and teams from all-over Pakistan participate in the mega event and almost 100,000 visitors witness it every year, a senior official of TDCP told APP here on Sunday.

He said that Tourism Development Corporation of Punjab (TDCP) introduced the annual event in the year 2005.

He said that Cholistan has rich culture and history. The event provides an opportunity to the visitors of the rally besides those who witness it through media to get knowledge about the cultural
heritage of the Cholistan desert.

He said that all TDCP officials concerned, administrative staff and other related people have been directed to give final shape to all arrangements before January 31 to hold this very important sports and cultural event in a befitting manner.

A special code of conduct will be devised for the drivers of the desert rally to protect the natural environment of Cholistan. Elaborating, he said that special arrangements would be made by constructing speed-breakers at the specified points to avoid accidents and special spots would also be earmarked for taking U-turn at the main Derawar road.

The official said that 4×4 ambulances would be deployed to extend immediate medical aid in case of need. A special army helicopter would also serve as a stand-by facility in this regard.