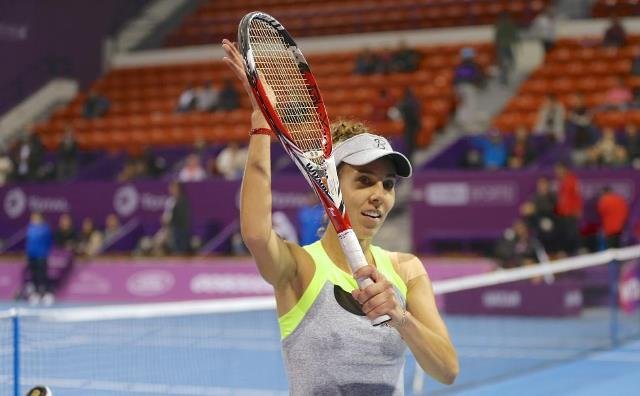 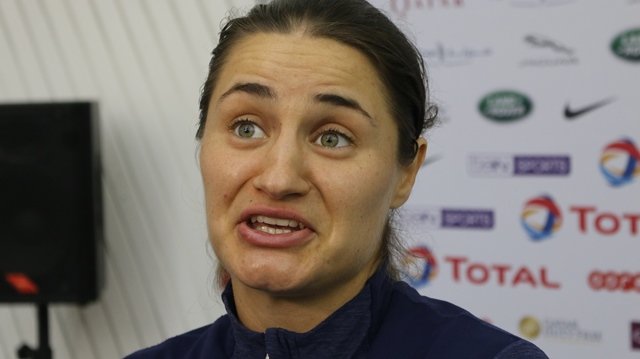 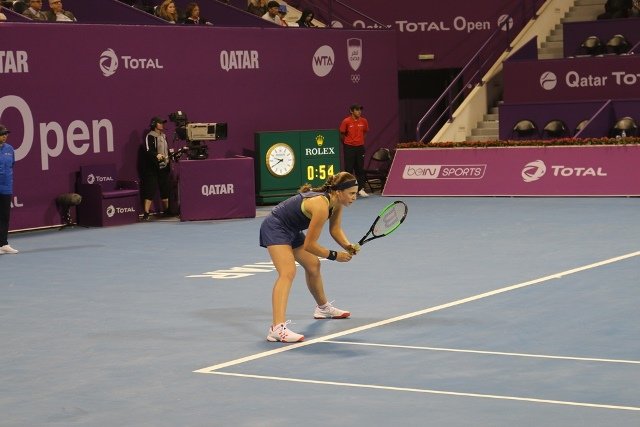 Late-career resurgences aren’t a new a concept on the WTA Tour, but you would be hard-pressed to find a more unlikely success story than 29-year-old Mihaela Buzarnescu. In just nine months, the Romanian has gone from being ranked outside the Top 500 to making her Top 40 debut next week. She has qualified for her first Slam main draw (US Open), made her first WTA final (Hobart), and tallied her first Top 10 win (Ostapenko) in her first Premier 5 main draw appearance (Doha). That’s a lot of “firsts” for a 29-year-old Ph.D. student.

“Maybe I should start a notebook to keep track of these things,” Buzarnescu told WTA Insider after her win over Jelena Ostapenko at the Qatar Total Open. “When you don’t give up, it’s coming.”

Just over a year ago, the Romanian began 2017 ranked outside the Top 500, having had a promising young career derailed by a flurry of injuries that knocked her off the tour and led her to pursue her Ph.D in sports science at the National University of Physical Education and Sport in Bucharest as she waited for her body to heal.

And then, suddenly, her body did heal. Playing in team matches for Leimonias in Holland last summer, Buzarnescu suddenly felt no pain in her knee. Then, she couldn’t stop winning matches. Ranked No.374 last June, Buzarnescu ran off a streak of 20 consecutive match wins on the ITF level, winning events in Hungary, Turkey, Spain, and Germany. By July she had matched her career-high ranking of No.141, which she first hit in 2012.

The milestones kept coming for Buzarnescu. She qualified for her first Slam main draw at the US Open and posted her best WTA result in the fall, making the semifinals of Linz as a qualifier. Thanks to continued to success on the ITF circuit – Buzarnescu won a total of seven ITF events in 2017 – the Romanian cracked the Top 100 for the first time in her career and finished at a career-high No.72.

So far in 2018, Buzarnescu has proven her surge shows no signs of stopping. She made her first WTA final at the Hobart International and will crack the Top 40 for the first time after scoring the first Top 10 win of her career over Jelena Ostapenko at the Qatar Total Open.

WTA Insider caught up with Buzarnescu to discuss her nine-month rankings rise, how she almost thought her career was over, and what all this late success means to her now.

WTA Insider: How does this all feel for you, this rise up the rankings that’s happened during this late stage of your career?
Buzarnescu: It’s something new that I always dreamed about since I was young. Since I started to play tennis my dad always used to say, ‘You hit once with a forehand, then once with a backhand, and everything will be ok for you.’ Easy to say, hard to do. So for me, after all my injuries, it’s really a dream come true to get a chance to be at this level and play high-level matches.

WTA Insider: When you were able to restart your career, was this your goal? To reach new heights, to crack the Top 100, the Top 50, the Top 40 for the first time?
Buzarnescu: When I came back last year, at the beginning I didn’t have any clue any of this would happen. I still had pain in my knees at the beginning of the year. I was playing not so well. I came here and I won one round of qualies, then I took five weeks off. I played some ITFs and I wasn’t playing good. I was just thinking, will I be able to play 25Ks in Italy at the end of the year or not? I was still thinking if I would be able to play or not because the pain was there.

Then in June, I started to play again, after playing some team matches in Holland, and all of a sudden I didn’t have any pain in my knee. I was trying to be more relaxed. I got help from my team who supported me. My dad was always there, my mom, my boyfriend, and I had some friends who didn’t know me so well and they were really into helping me. This helped me the most. Trusting them and just playing more relaxed.

WTA Insider: Now that you’re a regular at WTA tournaments, how have you found the experience? Has anything surprised you?
Buzarnescu: It’s really nice. Everything is so different from the ITF tournaments. They treat you so well, but at the same time, fewer players talk to you. Everyone has their own team and nobody talks. At the ITFs there’s more socialization.

But I’ve been dreaming about this since I was small. I really hope to be able to stay more in these kinds of tournaments and play against the top players. That’s how you improve your level.

WTA Insider: How close are you to your maximum?
Buzarnescu: You always have something more to give. I don’t think I’m at my maximum level. I think I can do more but you have to work for that. I just hope staying more at this level will help me more and more.