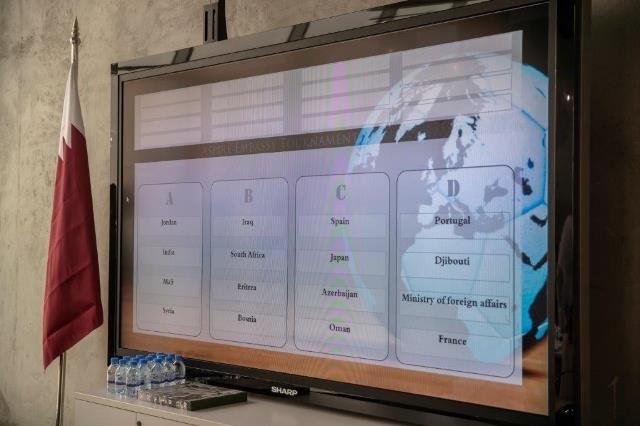 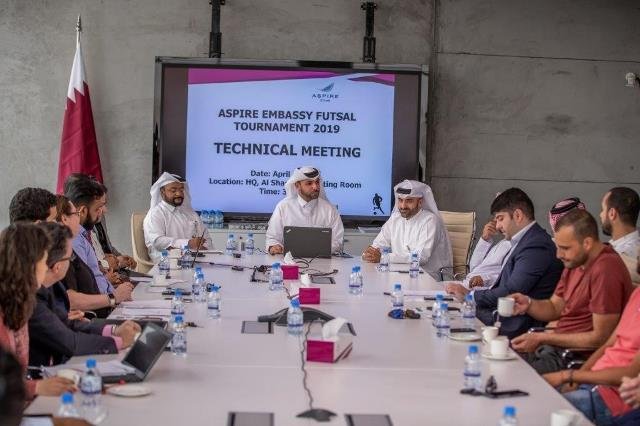 Aspire Zone Foundation (AZF) held a technical meeting for the third edition of the Aspire Embassies Futsal Tournament as it readies to host the tournament starting from Thursday, April 4 – 27 at the Ladies sports hall.

The tournament will consist of groups of 9 players comprising of heads of diplomatic missions from each embassy.

The tournament is scheduled to commence with matches on Thursday between Jordan and India at 5:00pm, followed by a match between Syria and Male at 6:00pm and another one at 7:00pm between Iraq and South Africa. The final match on Thursday will be between Bosnia and Eritrea at 8:00pm.

The tournament, which grew out of the popular mini Aspire Ramadan Festival edition in 2015, is an opportunity for diplomats and representatives of the embassies to take a break from their typical work setting and experience an electrifying environment that combines activity and entertainment.