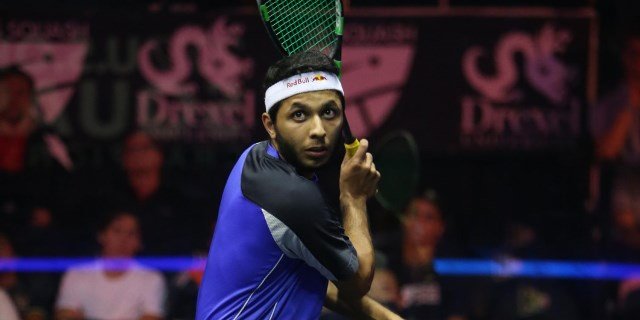 Abdulla Al Tamimi, Aspire Academy graduate and currently ranked No.33 in the World, made history on Sunday when he clinched the Professional Squash Association (PSA) World Tour Malaysian Open title.

In the biggest win of his career to date, Al Tamimi defeated World No 29 Tsz Fung Yip who represents Hong Kong.

Abdulla Al-Tamimi is yet another major success story from Aspire Academy. The 2012 graduate student-athlete celebrated his first ever PSA World Tour title in Atlanta, USA, in March 2016.

Throughout 2014 and 2015, Al-Tamimi continued to shine in various international squash championships held in Qatar and around the world, reaching the final rounds of several tournaments. These included the Guilfoyle Financial PSA Classic, the NASH Cup, the Any Presence Open and the Qatar Classic Squash Championship amongst others.