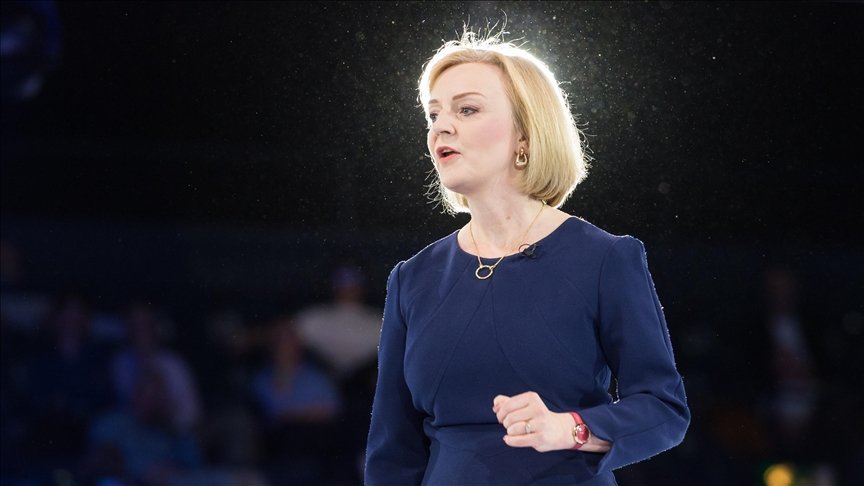 UK’s 56th prime minister LizTruss, 46, was born in Oxford, England to left-wing parents. Her father was a university professor and her mother a nurse and teacher.

She studied philosophy, politics and economics (PPE) at Oxford University — the degree of choice for Britain’s political elite.

She was president of the Oxford University Liberal Democrats, the left-liberal party’s student branch. She joined the Conservative Party after graduation.

Before politics, she worked for oil and gas company Shell and telecommunications company Cable & Wireless.

She is married with two children.

Truss was elected to the parliament in 2010, representing South West Norfolk. She served in a number of government positions under David Cameron’s premiership and was a high profile figure on the Remain side of the 2016 Brexit referendum.

Under Theresa May’s premiership, Truss was justice secretary, then chief secretary to the Treasury, who is second-in-command to the Chancellor of the Exchequer.

After May’s resignation and under Boris Johnson’s premiership, she was the international trade secretary and then foreign secretary, a position she still holds.  This makes her one of the Conservative government’s longest-serving and most senior Cabinet members.

In 2012, she co-authored a neoliberal book with some other Conservative Party colleagues called Britannia Unchained.

Truss has undergone a political evolution from Liberal Democrat to Conservative, and then from supporting Britain’s membership in the European Union to becoming one of the hardest-line Brexiteers in the Cabinet.

On social issues, she has also taken an increasingly strident stance against what she perceives as excessively progressive positions on issues such as race, sex and gender.

In Johnson’s government, she has often been compared to Margaret Thatcher, the iron lady. Truss has been spotted wearing similar clothes as Thatcher and recreating famous pictures, such as that of her riding in a tank.

She was an early adopter and avid user of social media.

Truss shot to national prominence — and popularity within her own party — as international trade secretary. She signed 63 rollover EU deals with various countries around the world and an updated EU deal with Japan as well as trade deals with Australia and New Zealand. In the eyes of an increasingly hardline Conservative Party membership, she was seen to be “getting Brexit done.” This is despite the trade deals with Australia and New Zealand being excoriated by British MPs and media for, they claim, harming British exporters, in particular British farmers.

Truss started slow in the Conservative leadership race but picked up momentum as she rallied the right wing of the party behind her, focusing her pitch on tax cuts and defending Johnson’s legacy — above all on Brexit. ​​​​​​​

Truss is the third female prime minister of the country after Margaret Thatcher and Theresa May.

Doha, 24 Sept. 2022 (QE) QatarEnergy announced that it has selected ...
END_OF_DOCUMENT_TOKEN_TO_BE_REPLACED