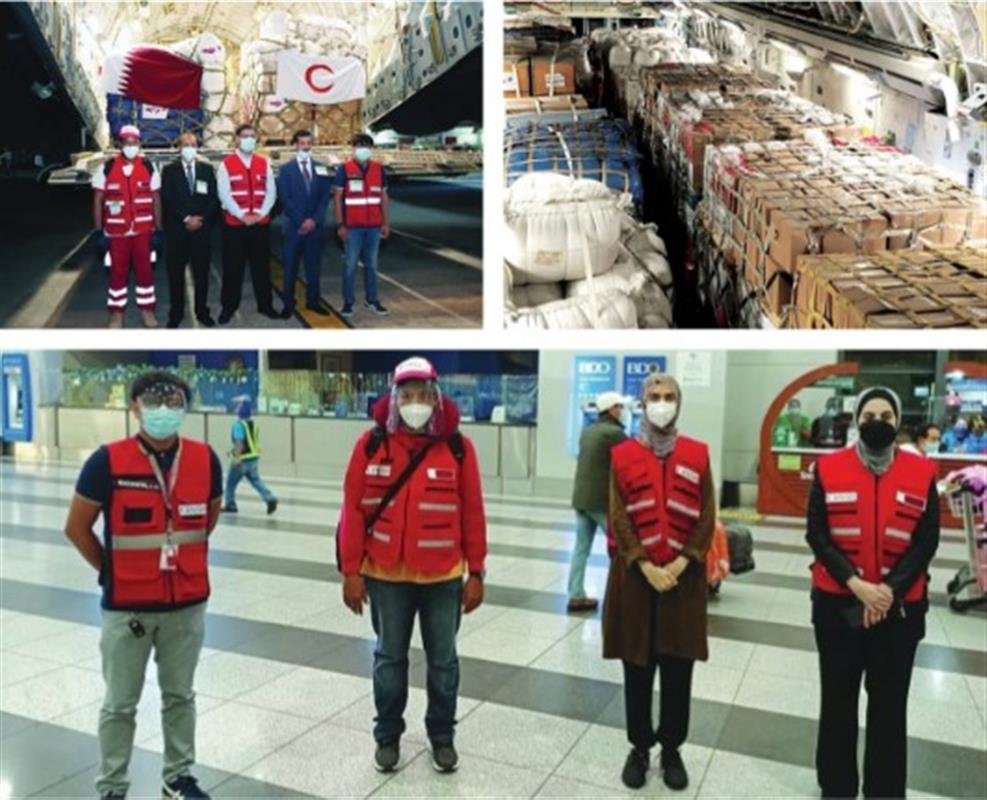 Qatar, in coordination with Qatar Fund for Development (QFFD), Qatar Charity (QC) and the Qatar Red Crescent Society (QRCS), has been providing humanitarian aid to the Philippines to overcome challenges.

Qatar, through QFFD, provided emergency aid to the victims of Typhoon Vamco, which hit many towns and villages in the northern parts of the Philippines late last year.

The relief was organised in partnership between Qatar Charity (QC) and the Qatar Red Crescent Society (QRCS) in coordination with the Philippine Red Cross to help those affected by the disaster. The aid, amounting to 40 tonnes, has helped in addressing the urgent needs of the affected people based on the initial assessment like shelters and food items. Qatar Charity focused on food security by providing relief materials with a total value of QR113,700, equivalent to $31,236.

On its part, QRCS provided food baskets, shelter tool kits and various non-food items, including blankets, tents, water and sanitation units, inflatable boats and mosquito nets at a cost of $315,757.

On December 3 2020, Upon the directives of His Highness the Amir of State of Qatar Sheikh Tamim bin Hamad Al Thani, Qatar sent urgent medical aid to support the victims of the Vamco Typhoon that hit the Philippines.

Qatar Fund for Development (QFFD), in cooperation with the Amiri Air Force, transported the aid through an air bridge to reach the victims. The aid includes 40 tonnes of food and non-food products, in addition to camping equipment such as tents, water, sanitation, electricity generators, and rescue boats.

On Dec 3, the Embassy of Qatar to the Republic of the Philippines delivered urgent relief aid from the Qatar Fund For Development (QFFD) via an air bridge from the Qatari Armed Forces to the Philippine Red Cross to support the victims of Typhoon Vamco. The aid included more than 40 tonnes of food, shelter materials, tents, water and sanitation units, generators, rescue boats, and various other materials.

Similarly, with funding from the Qatar Fund for Development (QFFD), Qatar Red Crescent Society (QRCS) launched an emergency relief intervention in response to the recent Typhoon Vamco in December. Immediately after the typhoon struck, QRCS’ Disaster Information Management Center (DIMC) started monitoring the situation. It had already been activated since Super Typhoon Goni, which hit the country early in November, to gather information in coordination with the Philippine Red Cross.

A relief delegation was deployed by QRCS from Doha to implement a rapid intervention plan, which involves distributing emergency relief aid provided by Qatar.

According to the scheme, the aid funded by QFFD delivered to 6,500 beneficiaries, including relief and food items, power generators, the Kit-5 water supply system (which can serve up to 5,000 persons per day), and sanitation and hygiene units.

On December 14, The Qatar Red Crescent Society (QRCS) conducted an emergency response to Typhoon Vamco in the Philippines. With funding from the Qatar Fund for Development (QFFD), QRCS provided relief assistance to thousands of families affected and deployed a relief delegation to participate in the intervention. It included food and non-food items, shelter kits, water and sanitation kits, power generators and inflatable rescue boats.