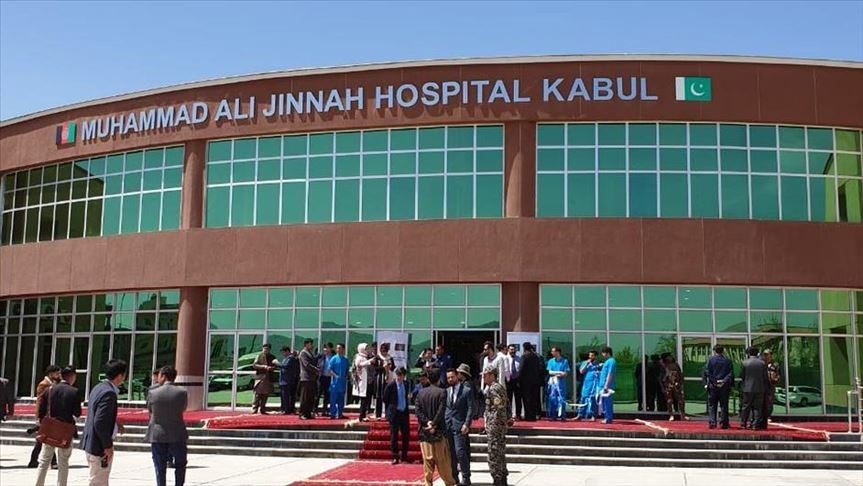 A Pakistan-funded newly-built 200-bed hospital in the Afghan capital Kabul has been inaugurated on Saturday. Mohammad Ali Jinnah Hospital is built with an estimated cost of $24 million in the Western part of the Afghan capital has been dubbed as a “symbol of lasting peace” between the two neighbors.

The hospital was jointly inaugurated by Ali Muhammad Khan, Minister of State for Parliamentary Affairs of Pakistan and Dr. Ferozuddin Feroz, Afghan Minister of Public Health

He also called for timely completion of two other ongoing projects — the Naeb Aminullah Khan Hospital in Logar province and Nishtar Kidney Center in Nangarhar province — funded by Pakistan.

Ali Muhammad Khan, Minister of State for Parliamentary Affairs of Pakistan conveyed the message of Pakistan’s Prime Minister Imran Khan that his country would continue to take all possible measures for the welfare of the people of Afghanistan and that he wished to see a stable, secure, peaceful, prosperous and sovereign Afghanistan.

Zahid Nasrullah Khan, Pakistan’s ambassador to Afghanistan, said the hospital is a flagship project of Pakistan’s $1 billion development assistance to Afghanistan in pursuance of Pakistan’s “policy objective of deepening and broadening people to people connections between the two countries”, statement issued by Pakistan embassy at Kabul stated.