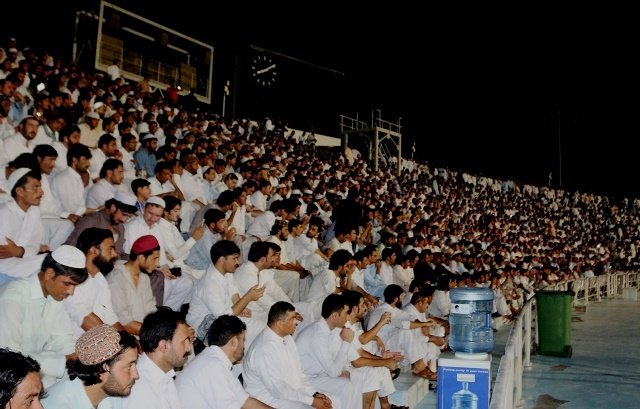 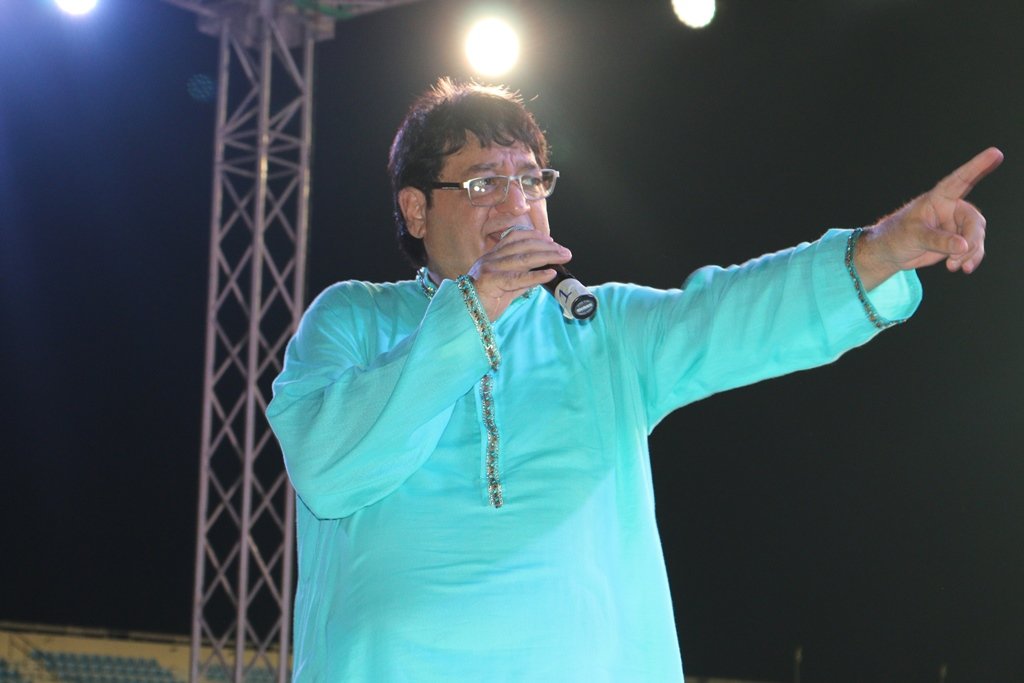 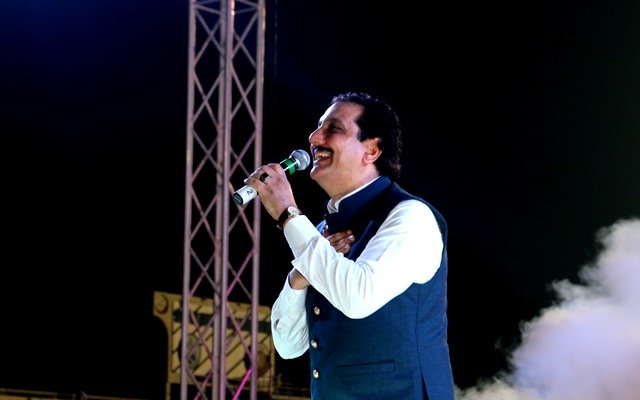 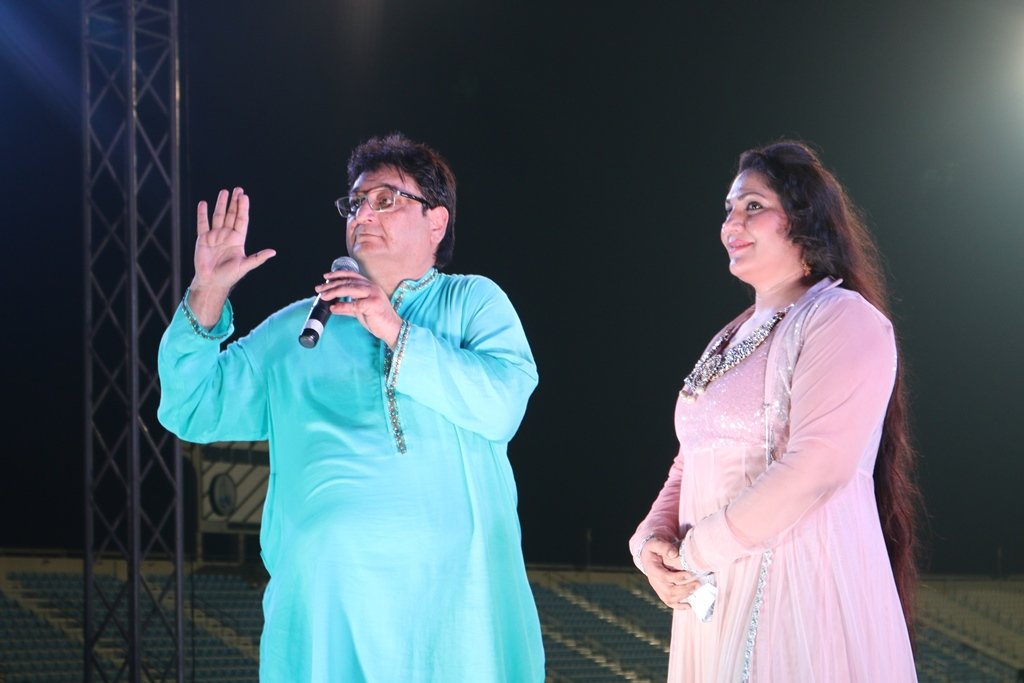 Thousands of Pakistani community members in a spectacular event at  the AlWakra Sports Stadium joined their voices singing a song in Urdu-Arabic Kulana Qatar’ Kulana Tamim, paying tributes to Emir of State of Qatar, Sheikh Tamim bin Hamad AlThani, and showing their solidarity with the people of State of Qatar.

‘Kulana Qatar’Kulana Tamim’ (We are with Qatar’ We are with Tamim), Arabic-Urdu song is written by Doha based Pakistani poet Shaukat Ali Naz and composed/sung by Pakistan based singer Shahid Ali. The song was an initiative of Janan Bangash and his team members Ashraf Siddiqui, Ajmal Chaudhary and Shiraz Orakzai.

Pakistani Community Welfare Attache at the Pakistan embassy along with other embassy officials attended the event on first day of Eid AlAdha.

Brig. Abdullah Khalifa al Muftah, Director Public Relations Department, Ministry of Interior  extended Eid greetings to the community members and lauded their contributions in various national festivals. He said that MOI stresses on it’s ties with expatriate communities in Qatar and joint Eid celebration events are part of it’s Community Out-reaching program. Such occasions are an opportunity to remain in touch with the expatriate communities and engage them in healthy activities and to create social harmony.

Community leaders present on the occasion Janan Bangash, Ashraf Siddiqui and Mohammad Ajmal Chaudhary paid their gratitude to Ministry Interior and Ministry of Administrative Development, Labour & Social Affairs for their concern, care and arranging entertainments, providing an opportunity to the overseas workers for get-together and to enjoy  their religious event.

Thousands of gifts were also distributed among participants along with water and beverages.

On the occasion, a number of short awareness programs were also organised to educate the workers about workers’ rights and different safety and security measures, traffic safety, drugs and on crimes prevention.

Thousands of gifts from Ministry of Interior & Ministry of Labour & Social Affairs were distributed to the attendees in all venues.

Dignitaries from MOI and MOADLSA participated in the events. Brigadier Abdullah Khalifa Al Muftah, Director of Public Relations Department visited the venues along with many officers from different departments of MOI.

Khalid Abdullah Sultan Al Ghanem, Director of International Workers’ Relations Department at MOADLSA said that the cooperation between MOI and MOADLSA to organize cultural events for workers was a successful move that reflected the care of both ministries for the wellness of workers.

Colonel Ghanem Saad AL Khiyarain, head of External Branches at Community Policing Department said that such activities, in addition to the entertainment programs provided an important awareness mission to the members of the communities in the aspects of security and safety, as well as the introducing the customs and traditions of the Qatari community.