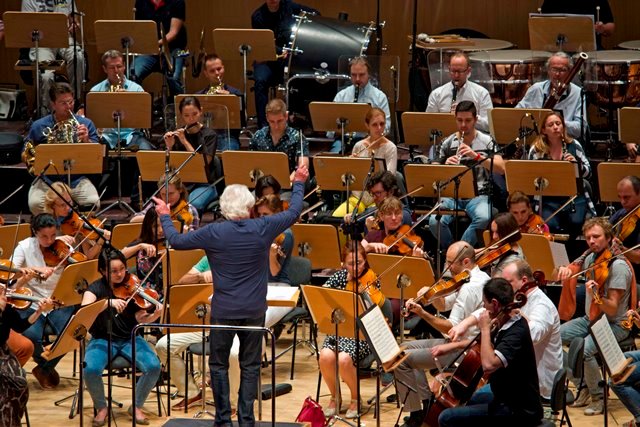 The performance will feature music by Tchaikovsky, Prokofiev, and De Falla.

In above picture, Conductor of honor Dmitrij Kitajenko rehearses with the Qatar Philharmonic Orchestra ahead of his first appearance in the Philharmonic’s 10th season  today on Saturday, October 14.

The Qatar Philharmonic Orchestra promotes and performs western and Arabic music in order to inspire the children and adults of Qatar and the Arab world to create and enjoy music. In blending these cultures the Qatar Philharmonic extends a message of peace to the world. The Philharmonic was founded in 2007 as a center in the Qatar Foundation, chaired by Her Highness Sheikha Moza bint Nasser.

It is composed of 101 professional musicians chosen in international auditions from 30 countries.

The orchestra has also worked with such conductors such as David Afkham, James Gaffigan, Lorin Maazel, Marc Minkowski and Tung-Chieh Chuang .