NU-Q Moved Into Own Premises In Education City Doha 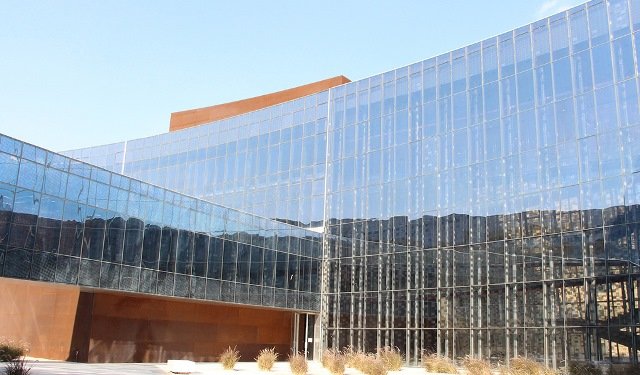 Northwestern University in Qatar (NU-Q) has relocated to its new building in Education City.

NU-Q has been housed in the Carnegie Mellon University in Qatar building since it established programs in Education City in 2008.

The new building was recently awarded a LEED Gold certification, which is a mark of quality and achievement in construction. Specifically, it recognizes buildings that are healthier, more productive places that also reduce stress on the environment by encouraging energy and resource-efficiency.

“It has been five years since we broke ground for the new building and it has taken significant team work to get this building completed. When finished, it will be the premier journalism and communication school in the region. In fact, with its state-of-the-art facilities and equipment, it could be argued that it will be one of the finest in the world,” said Everette E. Dennis, dean and CEO of NU-Q.

The building, designed by the internationally renowned architect, Antoine Predock, combines contemporary design with cutting-edge technology, in an environmentally-friendly facility. The structure is inspired by the region’s desert landscape, and embodies subtle elements that express Qatari culture, climate, and location. The four-story building is more than 500,000 square feet.

The Qatar Foundation’s Capital Projects Directorate oversaw the construction and completion of the building. NU-Q Dean Dennis said that he and his colleagues were grateful for the work undertaken by the directorate to ensure that the building was ready for occupancy in January.

It is also designed to facilitate the functions and purposes of a modern school of media and communication – global and digital in all of its concerns. Some of its main features include: three video production studios, two 150-person lecture halls, a world-class multimedia newsroom, a two-story research library, as well as an in-house museum The Media Majlis at Northwestern University in Qatar.

NU-Q’s students will have access to a black box theater, where they can build their own sets and film short videos. They can also use various film screening rooms, and a sound effects studio to produce their work. NU-Q’s undergraduates will also have access to cutting-edge filming equipment and editing programs to create high-quality films, documentaries, and news shows.

For journalism and broadcast students, the newsroom will define their experience as undergraduates. The interactive space will enable students to learn how to run entire news shows and simulate correspondent reporting scenarios. The space is fitted-out as a real news studio with access to live newswires and a fully decked-out control room.

Another distinct feature in the building will be a three-story tall multimedia screen with grids that will allow for multiple displays – including international news channels, visiting lectures, and student and faculty videos.

The LEED certification was awarded by the U.S. Green Building Council, which is an organization that identifies buildings that are resource efficient, use less water and energy, and reduce greenhouse gas emissions. The required number of points to achieve a LEED Gold rating is 39 and NU-Q’s new building has scored 41 points in total.

The building complies with multiple LEED categories related to sustainable sites including: water efficiency, energy conservation, material selections, and indoor environmental qualities. Some of its sustainable components are the building’s proximity to existing community services and pedestrian access to public transportation, the landscaping of vegetated open spaces and roofs, a highly-efficient irrigation system that reduces water consumption by 50 percent, and the use of regional materials in its construction wherever possible.

Doha, 25 June 2022 THE Embassy of Nepal and the Non-Resident ...
END_OF_DOCUMENT_TOKEN_TO_BE_REPLACED