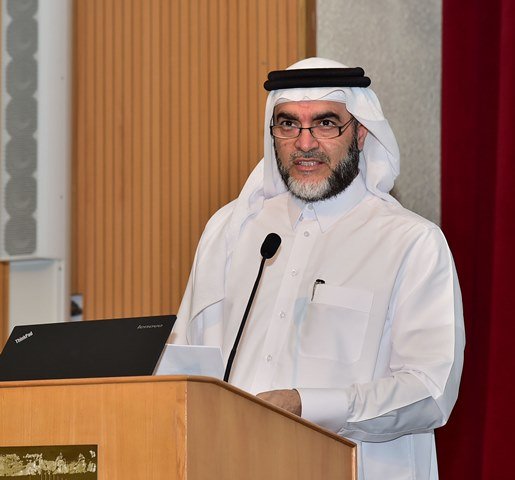 The event included the acknowledgment of departing and promoted faculty members, and those who won awards in research competitions, as well as the students who represented the College in QU Student Representative Board and who won the Best Poster Award in the Open Day for Student Research.

In his remarks, Dr Ahmed Al-Emadi said: “During the 2016-2017 academic year, CED continued its efforts towards success, as part of its commitment to positioning QU as a model national university in Qatar. The College achieved many accomplishments on the academic and research levels on top of which was the visit of His Highness the Emir Sheikh Tamim bin Hamad Al Thani to CED Women Building and the Early Childhood Center.”

Dr Ahmed Al-Emadi also noted that CED relaunched the admission to its BA in Physical Education Program. He highlighted that the College has also signed around four MoUs with local and international institutions to promote its relationship with local and regional partners and to enhance its educational plan.