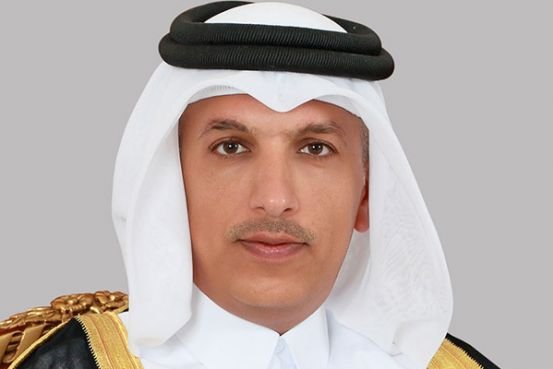 Qatar can easily defend its economy and currency against sanctions by other Arab states, Qatari finance minister Ali Sherif al-Emadi told CNBC television in an interview broadcast on Monday.

He said that the countries which had imposed sanctions on Qatar would also lose money because of the damage to business in the region.

“A lot of people think we’re the only ones to lose in this … If we’re going to lose a dollar, they will lose a dollar also,” he said.

The sanctions have disrupted flows of imports and other materials into Qatar and caused many foreign banks to scale back their business with the country.

But Emadi said the energy sector and economy of the world’s top liquefied natural gas exporter were essentially operating as normal and that there had not been a serious impact on bank operations and supplies of food or other goods.

“We are business as usual, and we are open for business,” he said. “We know that we might have one or two challenges here and there, but this is a country that is very resilient. We have the assets and security that we need.”

‘No need for concern’

Qatar can import goods from Turkey, the Far East or Europe and it will respond to the crisis by diversifying its economy even more, he told CNBC.

The Qatari riyal has come under pressure in the spot and forward foreign exchange markets, but Emadi said neither this nor a drop in the local stock market was cause for concern.

“Our reserves and investment funds are more than 250 percent of gross domestic product, so I don’t think there is any reason that people need to be concerned about what’s happening or any speculation on the Qatari riyal.”

Asked whether Qatar might need to raise money by selling off stakes in large Western companies held by its sovereign wealth fund, Emadi indicated this was not on the cards at present.

“We are extremely comfortable with our positions, our investments and liquidity in our systems,” he said.

Prices of Qatar’s international bonds have dropped sharply, but in answer to another question, Emadi said he saw no need for the government to step into the market and buy those bonds to support prices.

“There was reaction on the market [in the aftermath of the June 5 announcements] which was understandable,” Emadi said. “If you take action of this magnitude, that’s normal. We’ve seen a rebound coming back.”

Since the measures were announced on June 5, several analysts viewed them as an attempt to pressure Qatar into changing its foreign policy.

His comments echoed those of Mutlaq al-Qahtani, a senior counter-terrorism adviser to Qatar’s foreign minister.

In an interview with Al Jazeera on Sunday, Qahtani said Qatar’s role has long been to “facilitate talks, to mediate and to bring peace”.

Qahtani said the diplomatic squeeze was an attempt at a “policy of domination and control”.

The adviser also said diplomatic efforts to resolve the dispute would continue.

“We have more friends, more than other people might think,” he said after Sheikh Mohammed visited Germany and Russia over the weekend.

“So we are engaged and want to engage with more countries.”