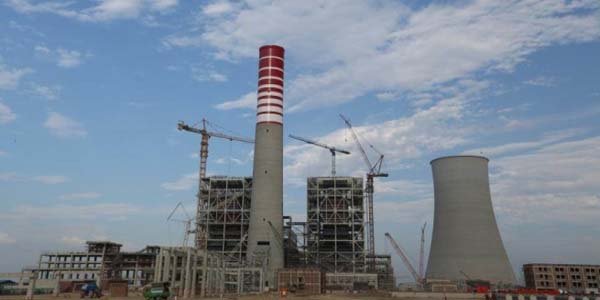 With the formal commissioning of its second unit later this month, the Sahiwal power plant will become one of Pakistan’s clean coal power plants with the largest installed capacity, generating 9 billion KWH of electricity per year, which will meet the energy needs of nearly 10 million local people.

The first unit of the coal-fired power plant with capacity of 660 megawatt has already been inaugurated by Prime Minister Nawaz Sharif last month and connected to the national grid.

The second unit of the plant with another 660 megawatt capacity has been put on a trial run and is likely to be formally inaugurated by the end of this month.

Sahiwal coal-fired power plant is an important energy project under the China-Pakistan Economic Corridor. Once completed, the plant will become one of Pakistan’s clean coal power plants with the largest installed capacity, generating 9 billion KWH of electricity per year, which will meet the energy needs of nearly 10 million local people”, Spokesperson of Chinese Ministry of Foreign Affairs, Hua Chunying said while responding to a question about the inauguration of the power plant in Sahiwal, Punjab project.

She said that Prime Minister Nawaz Sharif attended the inauguration ceremony and highly commended workers of China and Pakistan for setting a record by completing the construction within just 22 months.

The spokesperson said that Pakistan’s energy shortage will be greatly relieved and economic growth benefited thanks to the CPEC, and the large scale energy projects in particular.

China’s Belt and Road Initiative is creating positive effects in Pakistan, and will also change the fate of countries and people along the routes, he observed.

She informed that 11 out of the 17 priority energy projects jointly planned by the Chinese and Pakistani sides under the corridor are under construction.

The inauguration of the first unit of the Sahiwal power plant signifies that we will soon see a host of energy projects under the corridor be constructed and completed, she added.

The spokesperson said, majority of energy projects are expected to be completed by the end of 2019, which will help relieve energy shortage in Pakistan and bring benefits to people there.

We are glad to see that the Belt and Road, the CPEC included, delivers benefits to countries and people along the routes. Following the principle of extensive consultation, joint contribution and shared benefits, we will work with people from all countries including Pakistan to make sure that the Belt and Road Initiative will bring more tangible benefits to relevant countries and people”, she added.

Another senior Chinese diplomat talking to APP emphasized that the building of CPEC was progressing very smoothly and it has entered into stage of comprehensive implementation.

When asked to share progress on the energy projects being completed under the CPEC to overcome electricity shortage in Pakistan, he said, Out of 17 projects planned in the field of energy, 11 of them have been put into construction.

He maintained that the completion of energy related programs will greatly provide relief to people.

These energy generation projects would produce over 5000 MW of electricity and overcome power demand supply gap in the country”, according to an official in ministry of Planning, Development and Reforms.

He informed that the early harvest projects were related to energy generation projects based on coal, solar, wind and hydel.

The Chinese companies involved in the project are working tirelessly to complete energy projects in time, he said.

Coal-based power plants of about 6,600 MW will also be installed in Thar in order to tap coal reserves in the area, and turn it into a power capital for Pakistan.