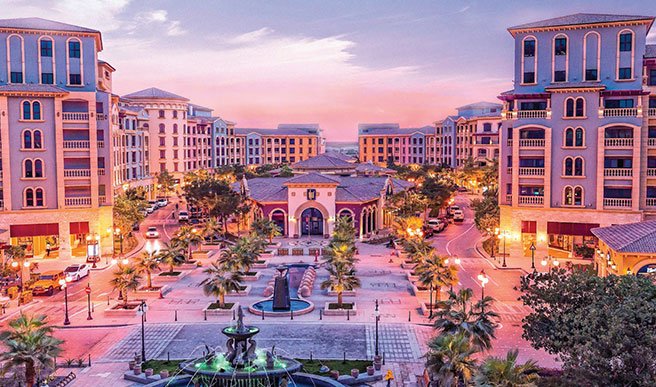 United Development Company (UDC), a leading Qatari shareholding company and master developer of The Pearl-Qatar announced its financial results for the first quarter of 2018, reporting net profit of QR 220 million on revenues of QR 528 million. The net profit attributable to the equity shareholders stood at QR 215 million and basic earnings per share was QR 0.61.

Turki bin Mohammed Al-Khater, UDC Chairman  said he was pleased to see such performance showing, given the challenging economic conditions that have prevailed. These results are especially noteworthy when considering they are a product of UDC’s existing portfolio. With many new developments coming up at The Pearl-Qatar to compliment the properties already in operation, it shows that the future is indeed bright for UDC as we continue to develop The Pearl-Qatar in such a favorable manner”.

Ibrahim Al-Othman, UDC President and Chief Executive Officer expressed his optimism on UDC’s outlook being prospective. He said, “it is the variety of innovated properties placed in a first class community setting  that sets The Pearl-Qatar apart from its competition and has given UDC the flexibility needed to successfully manage its business through tough times. This distinction is becoming readily apparent with the new projects at Al Mutahidah Towers, Giardino Village, Floresta Gardens and the new island Gewan coming on. We are ambitious about what these new projects will bring as they will allow UDC to realize the great potential of the planned objectives”.

Al-Othman further said, “The Company has also witnessed a steady increase in the retail leasing occupancy rate at The Pearl-Qatar. The volume of leased retail properties during Q1 2018 had increased by 20% compared to the first quarter of 2017, making The Pearl-Qatar a “must have” location for the predominant retailers operating in Doha. UDC has also concluded a major lease agreement with a corporate tenant covering 285 residential units at Medina Centrale commencing in Q2 of 2018.”

Al-Othman concluded by saying he was, “pleased to see UDC getting off to a good start in 2018 as this year will become the springboard for our future success. While the current market challenges to deliver on the new developments are formable, I am optimistic that the course of action set by the company is achievable and will be rewarding to our shareholders, who have put their trust in UDC”.

Community services are also part of UDC’s planned developments, including masajid, amenities, an international school and a general hospital. A total community experience awaits all residents, tenants and visitors who come to The Pearl-Qatar.

UDC is a leading Qatari public shareholding company with a mission to identify and invest in long-term projects contributing to Qatar’s growth and providing good shareholder value. Established in 1999, the company became listed on the Qatar Exchange in June 2003. It has an authorized share capital of QR 3.54 billion and total assets of QR 18 billion at 31 March 2018.