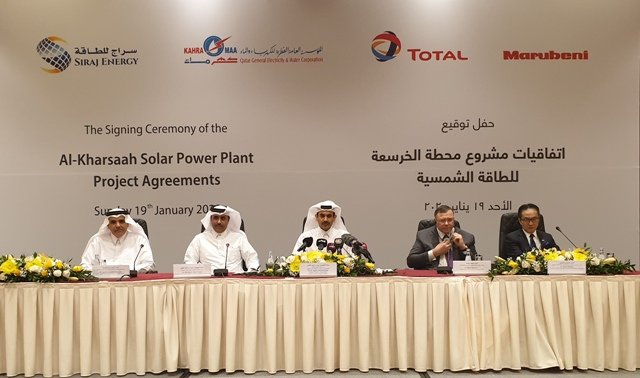 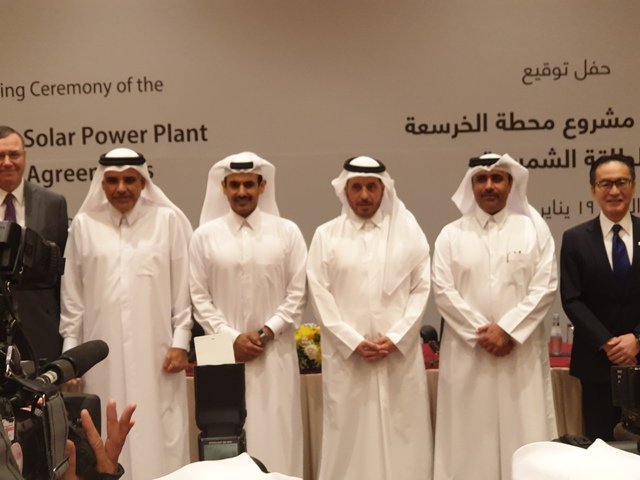 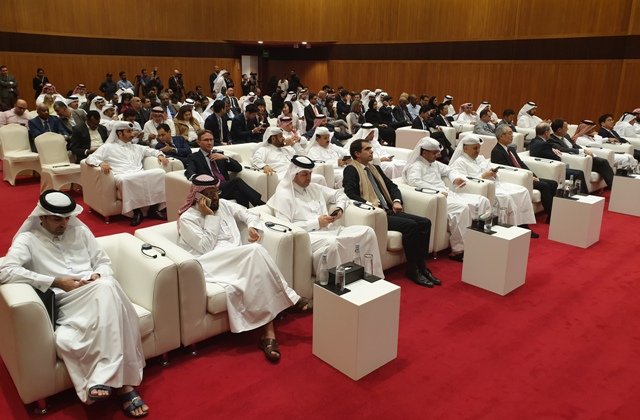 Qatar has signed an agreement with French energy giant Total and Japan’s Marubeni to build a solar power plant capable of producing 800 megawatts, a tenth of country’s peak energy demand, according to Sa’ad AlKa’abi, State Minister for Energy. Addressing a press conference just after the signing of agreement  this afternoon at the Hotel Sheraton, Doha, AlKa’abi said that that Al Kharsaah plant near the capital Doha will  cost 1.7 billion Qatari Riyals ($467m) and is expected to complete by 2022.

He said that the project will be commenced from today. Half of the production will start generating the energy  by the first quarter of 2021,   Energy Minister Saad al-Kaabi said.

He said that Siraj Energy, a joint venture owned by Qatar Petroleum (QP) and Qatar Electricity and Water Company (QEWC), will hold a 60 percent stake in the solar plant. The remaining 40 percent will be owned by both Marubeni and Total. Marubeni will take 51 percent of the minority stake, while Total will have 49 percent.

Patrick Pouyanne, CEO, Total said the solar plant, once complete, will be the largest ever built by the French conglomerate.

Gulf states, heavily dependent on oil and gas, have invested tens of billions of dollars in clean energy projects, mainly in solar and nuclear.

But critics say many such projects are slow to get off the drawing board.

The UAE will have the first operational nuclear reactor in the Arab world. Saudi Arabia, the world’s top crude oil exporter, has said it plans to build up to 16 nuclear reactors, but the projects have yet to materialise.