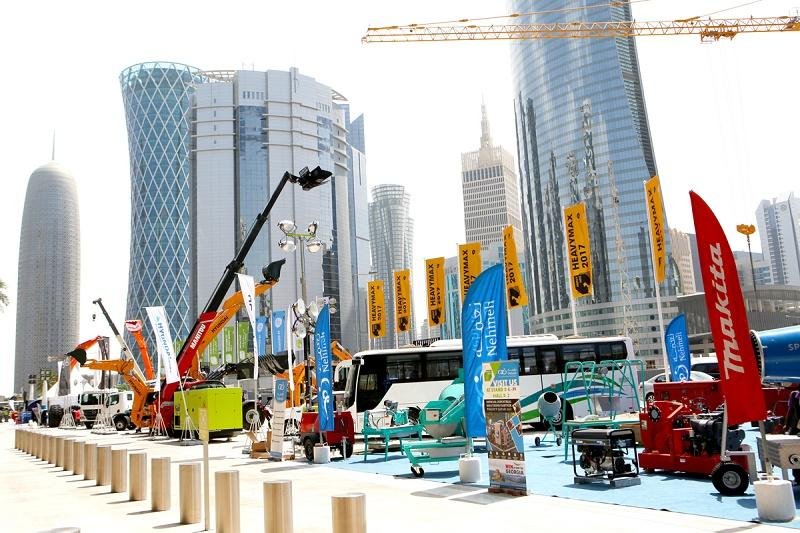 Qatar’s relentless efforts to fast-track economic growth are sending the country’s budget spending in infrastructure soaring up to 45.8 per cent of the total planned budget in 2018 to complete major projects, including facilities aimed at supporting the activities for the FIFA World Cup 2022.

Project Qatar, the country’s only trade exhibition specialized in construction and all related industries, is primed to receive the arrival of the world’s leading companies for the 15th edition, as business stake aim on winning new contracts amid increase in spending for projects this year valued at QR 29 billion.
Project Qatar will be held on May 7 to 10, 2018 at the Doha Exhibition and Convention Center to provide the global construction sector an ideal platform to explore the massive opportunities in the country, where growth prospects are seen to increase by 12.1 per cent between 2017 and 2021.
The country has been receiving sustained interest from the global construction market. IFP Qatar,
organizers of the event, reported that in 2017 alone, it successfully hosted a total of 1,017 companies from 33 countries and 14,208 visitors, which took advantage of the growing prominence of Qatar as a key player in global economic development.
Some of the leading countries which participated in the event include Qatar, Belgium, France, Pakistan, Italy, China, Korea, UK, Germany, Kuwait, Turkey, Spain, Bulgaria, India and the United State.
Haidar Mshaimesh, Projects Director, IFP Qatar, said: “The Government has previously announced its total spending for 2018 could reach up to QAR 203 billion, including investments in new public facilities and other infrastructure focused on the global sporting event FIFA World Cup. The country has one of the highest construction spending worldwide which keeps the industry in steady growth year-after-year. We are quite confident that this year’s edition will be another highly successful one given the keenness of the country’s wise leadership to implement infrastructure development in line with the objectives of Qatar Vision 2030.”
He added  “The ease of access and face-to-face interaction with local markets have been one of the key features of Project Qatar, attracting thousands of companies year-after-year. The quality of deals and networking opportunities and their successful outcomes are testament to the effectiveness of bringing together global industry leaders under one roof. We have witnessed landmark projects and high-profile deals secured this year.”
‘Manateq has been supporting major events in Qatar and abroad. We are glad to take part in Project Qatar this year as the Economic Partner. The robust growth in the construction industry indicates the Continued continued development in Qatar and we are positive that our participation will bring in more success to the event and to the construction sector. Manateq believes in the importance of providing platforms platforms to diversify the economy and we hope Project Qatar this year will be a good platform for  SME’s also who play a major role in economic diversification.” said Fahad Rashid Al Kaabi, Manateq CEO.
Project Qatar proudly supports the Qatar Vision 2030, which outlines the country’s goals and targets to achieve sustainable economic growth and development, highlighting an inclusive model which supports a balanced economic, social, human and environmental development aimed at enhancing the lives of citizens and resident.
April 25, 2018 / Economy

20 January 2022 By Ashraf Siddiqui More than 7,000 books of different ...
END_OF_DOCUMENT_TOKEN_TO_BE_REPLACED