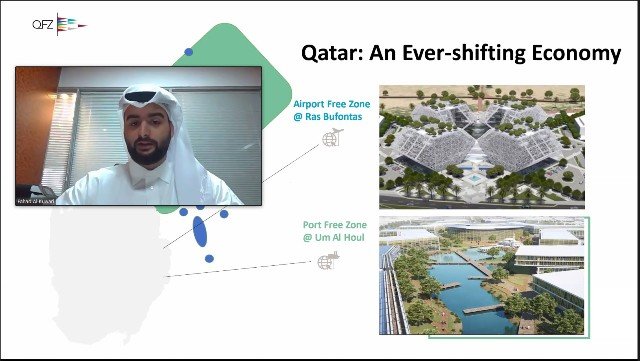 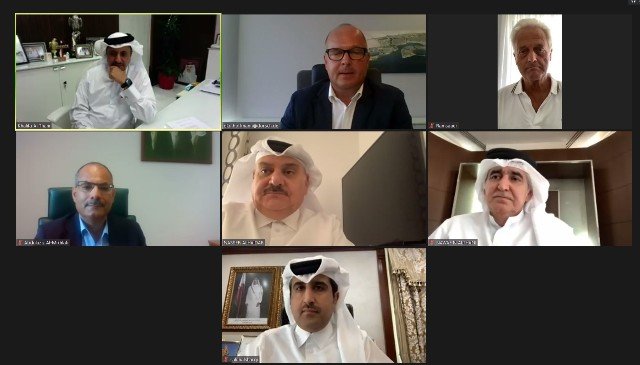 Sheikh Khalifa bin Jassim AlThani stressed on the forum’s importance in shedding light on bolstering cooperation between Qatari and German businessmen. He asked private sector of both the countries to to explore new opportunities especially under the current challenges related to the outbreak of Covid-19 and it’s economic impacts.

Sheikh Khalifa praised the strong and close relation linked between the State of Qatar and the Federal Republic of Germany, especially in economic and commercial aspects, noting that their bilateral trade grew by 10%, from $ 2.1 billion in 2018 to $ 2.3 billion last year. “This means that Germany is a very essential trade partner for Qatar,” he added.

He noted that the two countries’ bilateral relations have evolved considerably following the visit of HH the Amir Sheikh Tamim bin Hamad Al -Thani to Germany in 2018 which witnessed the announcement to allocate investments of 10 billion euros to support the German economy during the next five years and signing of many important agreements that contributed to further developing cooperation ties and stimulating investments between both countries.

Regarding mutual investments, Sheikh Khalifa said that there are about 300 German companies operating in Qatar, whether with Qatari partners or with full German capital,which are active in many fields such as rail, trade, contracting, services, communication, infrastructure, medical equipment and devices and others. “Germany is one of the most important investment destinations for Qatar, where the value of Qatari investments in Germany exceeded 25 billion euros in many sectors including the automotive industry, telecommunications, hospitality, banking and other important sectors,” he noted.

He pointed out that Qatar’s economy offers a plenty of investment opportunities that attract foreign investors and international companies, especially in the presence of a set of economic laws and legislations that provide a safe and stable environment for investment.

Elaborating these laws, he said that they include the law regulating the investment of non-Qatari capital in economic activity, which provides several investment incentives for non-Qatari investors, including the allocation of land, exemption from income tax, exemption from custom duties and freedom of transfer and other incentives, adding that Qatar enjoyed a highly developed infrastructure and state-of-the-art economic and free zones and offered a wide range of attractive incentives for foreign investors.

Sheikh Khalifa assured that the Chamber highly welcomes German companies willing to invest in Qatar and benefit from the investment incentives and available opportunities, pointing out that there is a significant room for German companies to participate in the projects pertaining to the host of the Qatar 2022 World Cup.

He also invited the Qatari companies to identify the opportunities available in Germany and establish active partnerships and economic alliances with the German side in various sectors.

Peter Ramsaue, President of the Arab-German Chamber of Commerce and Industry said that Qatar and Germany are linked with close relations at all fields, affirming that Qatar has managed to accomplish great development and is moving rapidly toward achieving the economic development.

He also noted that there is a large business delegation will be visiting Qatar after the end of this pandemic to meet their Qatari counterparts and explore the Qatari market.

“Qatar has defeated the siege imposed on it since 2017. It has benefited much from that siege through reordering its economic priorities and achieving the self-sufficiency,” he added.

Ramsauer paid tribute to the Qatari stimuli package and measures taken by the government during the current crisis to support the private sector.

Mohammed bin Jaham al Kuwar, Ambassador of State of Qatar to Germany said that Germany and Qatar are bound by a close partnership that not only looks back on a long tradition but also covers a wide range of political, social and particularly economic areas, emphasizing that Qatar is interested to further intensify the excellent relations with Germany.

He said that the forum would contribute to further strengthening the outstanding cooperation and networks as well as attracting new entrepreneurial opportunities allowing us to face these global challenges ahead with strong economic, political and sustainable commitment.

He referred to the meeting between Amir of State of Qatar, Sheikh Tamim bin Hamad Al-Thani  and German Chancellor Angela Merkel on the occasion of the Qatar-Germany Business and Investment Forum 2018, noting that the meeting witnessed Qatar’s announcement to invest massively and long-term-focused in the German economy and to further expand its already extensive economic relations.

“Qatar offers great possibilities and opportunities for German companies. Partly due to its geographical location, it has developed into a global trading center that offers excellent conditions for production facilities with secure energy supplies. Qatar benefits from an outstanding logistical, financial, and digital infrastructure combined with an open welcome culture. Within this framework, the underlying state strategy “Vision 2030” offers the opportunity of shaping tomorrow’s future together with a key economy in the gulf region” he added.

He said that hosting the FIFA World Cup 2022 would also offer enormous economic opportunities for German companies that are intended to contribute to these efforts.

In his statement during the forum, QC board member Dr Khalid bin Klefeekh Al Hajri said that Qatar and Germany enjoyed strong relations, and they are keen on developing such relations to higher levels and establishing more alliances and partnerships that are of advantage for their economy.

There were couple of presentation during the forum from both sides.

Hamad Rashid Al-Naimi, Manager, Investor Relations, Investment Promotion Agency of Qatar  highlighted on Qatari economy, economic incentives offered by Qatar and the role of Investment Promotion Agency in Qatar. He said that Qatar economy is expected to maintain strong and stable during the next year, while the GDP is expected to grow by 5% in 2021.

Al-Naimi also noted that Qatar offers a set of incentives to attract more investments such as a highly developed infrastructure, access to main markets as well as possibility of full ownership for foreign investors and exemption from taxes and other incentives.

Abdulla Al-Naimi, Investment Manager at Qatar Science & Technology Park (QSTP) said that the Park established 15 years ago with the aim to provide an international place for researches, energy, environment, technology and education. He noted that it played a key role in accelerating the pace of innovation and tech entrepreneurship.

He pointed out that the QSTP’s Product Development Fund (PDF) helps encourage local startups and SMEs in the private sector to develop products and services relevant to local market needs.

He said the authority oversees many free zones including Ras Bufontas, and Umm Alhoul, noting that these zones offer distinguished services for local and foreign investors.