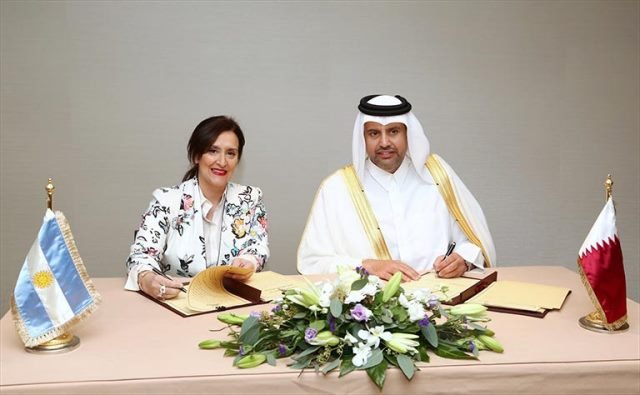 Qatar and Argentine signed today an agreement on reciprocal encouragement and protection of investments.

It is to note that bilateral trade between both the countries in 2015 was around US$ 181 million, which includes $ 147 million Qatari exports. Argentine stands on No. 38 as Qatar’s trading partner.