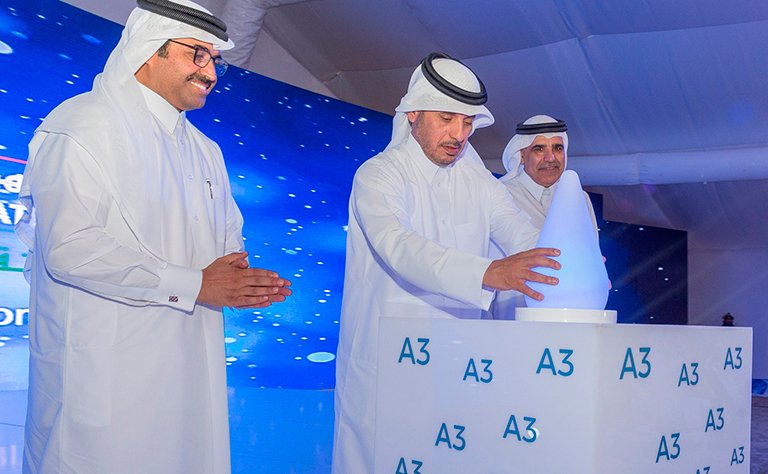 Prime Minister and Minister of Interior Sheikh Abdullah bin Nasser bin Khalifa Al-Thani launched the expansion of Ras Abu Fontas A3 Water Desalination Station, during a ceremony held on Tuesday at the station in Al Wakrah.

On the outset of the event, a documentary about Ras Abu Fontas A3 Water Desalination Station was screened and a detailed presentation given on the plant. The station is set to provide 36 million gallons of desalinated water per day.

Dr. Mohammed bin Saleh Al Sada, Minister of Energy and Industry said that the opening and operation of Ras Abu Fontas A3 plant at the specified time and within the expected cost confirms the commitment of Qatar Electricity and Water Company to play its role in contributing to the water security of the State. .

Dr. Al Sada, who also chairs the Qatar Electricity and Water Company said in his speech on the occasion that project is also a qualitative leap in water production using reverse osmosis technology, which is characterized by its low cost and complete independence from generating Electricity, as well as it is an environmentally friendly technology, as it does not generate any thermal effect on the sea water, in contrast to the traditional method of water production, known as “thermal distillers.”

He told that the new expansion will add 36 million gallons of desalinated water per day, which will raise the production capacity of the Ras AbU Fontas plant to 60 percent of the country’s water needs.

He also told that with the operation of the first phase of the project, “Umm al-Hall” by the middle of this year, the production will use reverse osmosis technology to about 100 million gallons of desalinated water per day, becoming the State of Qatar, one of the largest water producing countries in the region using this technology.

‘Production capacity of the State of Qatar will increase in one year from 8,600 megawatts of electricity to more than 11,000 megawatts, in addition to more than 530 million gallons of desalinated water per day by 2018,’ Minister of Energy & Industry of Qatar said.

Doha, 25 June 2022 THE Embassy of Nepal and the Non-Resident ...
END_OF_DOCUMENT_TOKEN_TO_BE_REPLACED