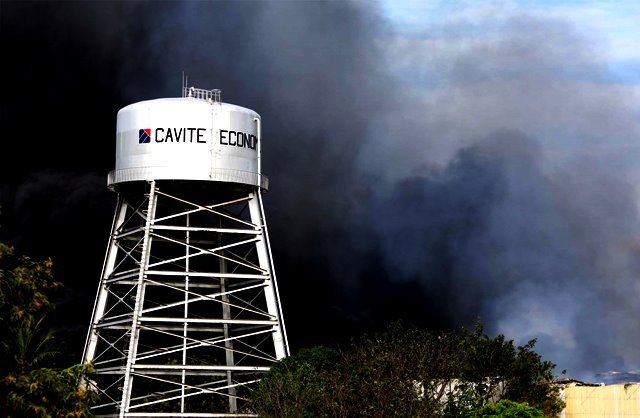 In a press interview here, Charito Plaza, PEZA Director General said the HTI, one of the biggest companies at the Cavite Export Processing Zone Authority and employs 12,000 employees here, incurred fire damage of some Php 10 billion.

Plaza said the HTI at Cavite Ecozone was one of the HTI Group of Companies operating in the country which has 24,500 employees.

She also said they will assess if the company owner met standard requirements for automatic sprinklers instead of the manually-operated units in case of fire incidents.

In Cavite’s economic zone of 88 hectares sprawled at PEZA Bacao 2 in this city, HTI occupies some 6 hectares for its housing construction and production technologies operations, she said.

Cavite Governor Jesus Crispin “Boying” Remulla also told media that HTI has been in operation here for 15 years employing thousands of workers from Cavite and other provinces.

“Families of the workers-victims are not yet informed fully over the incident at PEZA that is why the firm’s human resource personnel have been stationed at the PEZA Gate 5 to assist the family members who are looking for their missing loved ones, as of this time,” Gov. Remulla said.

Remulla said there was no confirmation of casualties yet pending verification and validation by seven members of the Scene of the Crime Operatives (SOCO) who are dispatched to investigate.

The Cavite governor said forensic experts were verifying the victims’ dental records and DNA tests as Bureau of Fire Protection (BFP) fire marshals were also investigating on the cause of the fire.

Workers who survived the fire incident disclosed that the fire may have been caused by the malfunctioning of industrial machines, which ignited and triggered the explosion.

They said fire spread to highly combustible materials and chemicals used by the factory and much later, weakened the structures that resulted in the collapse of the first, second and third floors of the building.

He said after all investigations and examinations of the bodies have been completed, then they would be cleared to enter the collapsed 3-storey building for inspection.

According to Gov. Remulla, Malacañang and different branches of government have already offered their assistance to the families of the fire victims although he stressed the company’s liability and accountability of their workers.

As of press time, the governor cannot make any pronouncement on the headcount of those trapped inside the building but authorities have already made arrangements with the funeral parlors here to pick up the bodies as soon as the fire is fully contained.

Cavite hospitals have already admitted more than 100 workers with burn injuries as of press time.

Remulla confirmed there were 126 injured, four were in critical conditions and two were missing with around 80 victims earlier rushed to the Divine Grace Center Hospital in General Trias and in other nearby hospitals.

Officials said it would take longer time to identify the identities if there were casualties involved or trapped inside the collapsed structures.