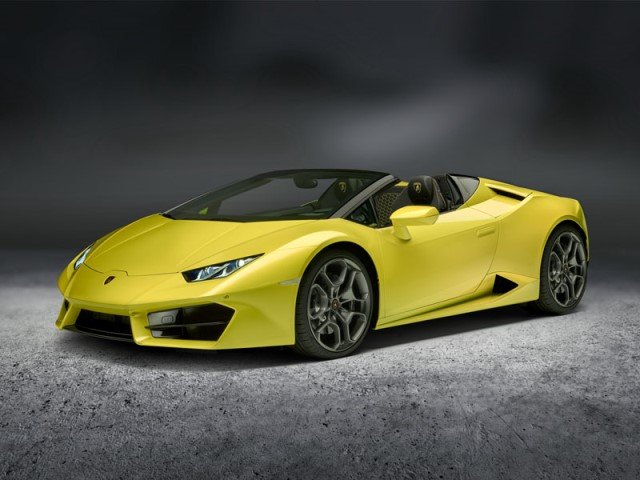 In Fiscal Year 2016 (1 Jan – 31 Dec), Automobili Lamborghini S.p.A. set another historic sales record. With 3,457 cars delivered to customers around the world, the Italian super sports car producer surpassed the 3,400 units mark for the first time. This marks a new milestone not only for sales, but also for brand and product.

Stefano Domenicali, Chairman and CEO of Automobili Lamborghini S.p.A. said “In 2016 Lamborghini has proven to be in excellent shape. The company delivered another record year in terms of sales and continued to outperform key business objectives.* This new all-time high is once more confirming the substance and sustainability of our brand, product and commercial strategy. This is a real team achievement and it is all the more remarkable as we are at the same time preparing not only for new models in our super sports car range, but for a company-wide quantum leap in our product portfolio – the third model line.”

With 135 dealers serving 50 countries, worldwide deliveries to customers increased from 3,245 to 3,457 units in 2016. This represents a sales growth of 7% compared to the previous year. With a continuous sales growth in the last six years it also represents more than 2.6 times the sales of the year 2010.

Lamborghini is a global brand and sales distribution is well-balanced among the three regions, which each account for approximately one third of global sales. All major regions EMEA (Europe, Middle East, Africa), America and Asia Pacific set new records and contributed to the sales growth.

With 1,041 units the USA remains the largest single market, followed by Japan, UK, Germany, Canada, the Middle East and China.

Thanks to the Huracán model the year 2016 has been the most successful yet in Lamborghini’s history for V10 sales. A total of 2,353 units (up from 2,242 in 2015) of the Huracán Coupé and Spyder have been delivered to customers.

Following the unveiling of the Lamborghini Centenario Coupé at the Geneva Motor Show 2016, Lamborghini presented the open version of the one-off series – the Centenario Roadster – in August 2016 at the Monterey Car Week. Only 20 units each of the coupe and roadster models are being built, for delivery from 2017. The car celebrates the centenary of founder Ferruccio Lamborghini’s birth.

Another model making its first appearance at the start of 2016 was the special series Huracán Avio, available in a limited edition of 250 vehicles and delivered from summer 2016.

In June 2016 Lamborghini presented the Aventador Miura Homage. To mark the 50th anniversary of the Miura – the forerunner of all Lamborghini V12 super sports cars – 50 units of this special series Aventador Coupé are being built.

In November 2016 at the Los Angeles Auto Show the Lamborghini Huracán Rear Wheel Drive Spyder was launched to the market.

In December 2016 the new Lamborghini Aventador S was announced. It is characterized by new aerodynamic design, redeveloped suspension including the new four-wheel steering system, increased power (now 740 hp) and new driving dynamics. The ‘S’ is the suffix of previous enhanced Lamborghini models and defines a new benchmark for the V12 Lamborghini.

The Lamborghini Super Trofeo one-make series in three continents (Europe, Asia and America) produced grids of more than 80 Huracán Super Trofeos on average, and 150 more drivers worldwide than 2015. For the beginning of 2017 a new Middle East series is planned in Abu Dhabi and Dubai.

Starting in 2018, the Lamborghini SUV Urus will be the third model in Lamborghini’s product range. Delivering additional growth and significant opportunities across the marque, it will also determine a substantial increase in the production capacity of the factory. The new facilities in Sant’Agata Bolognese will be completed within 2017.

The year 2016 featured the celebrations of the Miura’s 50th anniversary. With its heritage department Lamborghini PoloStorico, the company illustrated its scope of expertise in restoring and certifying several classic Lamborghini models. Events scheduled throughout the year included top international Concours d’Elegance (such as Goodwood Festival of Speed, Salon Privè, Villa d’Este, Pebble Beach, Amlia Island and Swiss Concourse d’Elegance) and an Italian tour held in June with 20 Miuras coming from all over the world to take part.