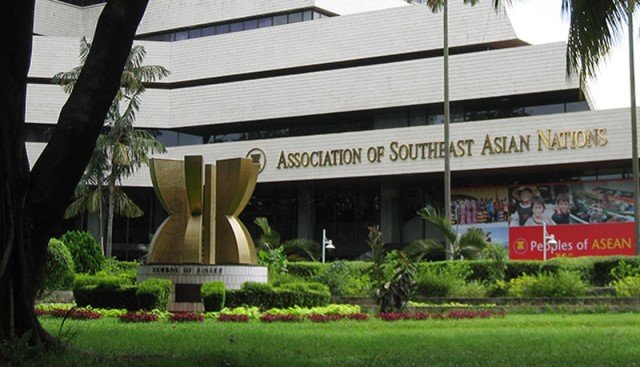 Finance Secretary Carlos Dominguez III said here on Thursday night that the 10 member-economies of the Association of Southeast Asian Nations (ASEAN) are on the right track in harmonizing their policies that will further lay the groundwork for a strong regional economy as the world enters what he called the “Southeast Asian century.”

“With the framework for cooperation provided by the ASEAN and the vision of an economic community in the near future, we have been able to tap the synergy of regionalism to each country’s benefit,” Dominguez said in his dinner toast to the successes achieved by the founding members and present movers of ASEAN, as it celebrates its 50th anniversary this year.

ASEAN is marking the milestone this year with the Philippines, one of its founding members, as chair.

“The future bodes well for this region as we harness our talents and our good will to advance the region’s interests,” said Dominguez.

“This century, they say, is Asia’s century. From where we stand, it will be more specifically a Southeast Asian century: the time we will see this region flourish to its full potential,” Dominguez said.

He delivered the toast at the gala dinner he hosted for the ASEAN finance ministers, central bank governors, finance and central bank deputies and delegates and representatives of ASEAN’s multilateral partner-institutions at the Shangri-La Mactan Resort.

“When the founding fathers of the ASEAN came together fifty years ago, I bet they did not imagine the extent of regional integration we have achieved today,” he said.

“The region was divided along Cold War lines,” he said. “We had very little trade between us, and much less investments across our borders. The old lines of colonial jurisdiction made us strangers to each other and each nation traded more with their former colonial masters.”

He said that, “Today is a much different time. Southeast Asia is an important node of growth for the global economy. Within the framework of the ASEAN Free Trade Area (AFTA), we have increased intra-regional trade. ”

“We are well in the process of harmonizing our policies to further lay the groundwork for a regional economic community. We are, quite literally, building the infrastructure that will bring our economies closer together,” Dominguez said.