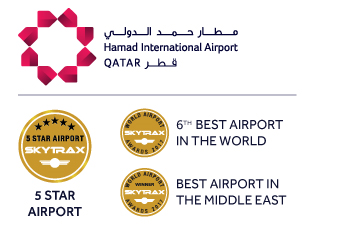 Hamad International Airport (HIA) is set to host the 12th Airport Council International (ACI) Asia Pacific Regional Assembly, Conference and Exhibition in Doha, Qatar, from the 10th to the 12th of April 2017.

The event’s agenda includes two ACI board meetings, namely the World Governing Board meeting and the Asia Pacific Regional Board meeting. In January 2017, Engr. Badr Mohammed Al Meer, Chief Operating Officer of Hamad International Airport, was unanimously appointed by ACI’s Asia Pacific Executive Committee of the Board as Special Advisor to the ACI Asia-Pacific Regional Board. This prestigious position is earned by airport leaders who have proven their ability in providing leadership to the region and guidance on policy development, management and finances.

The ACI World Governing Board is composed of Chief Executive Officers of 28 member airports nominated by the regional ACI Boards including Singapore-Changi, Hong Kong, Los Angeles, Amsterdam-Heathrow, Paris, Istanbul, Toronto, Beijing and Sydney. It meets twice a year and has the authority to take decisions on all relevant issues that advance the collective interests of airports and promote professional excellence in airport management and operations.

During both Board meetings, Engr. Al Meer will be presenting the achievements of Hamad International Airport, highlighting its key success factors and explaining the strategy that has, within 3 years of its operations, made HIA one of the fastest growing hubs in world, the 6th best airport in the world and an example of a corporate social responsible airport.

The ACI Regional Assembly, Conference and Exhibition, which is hosted annually by airports around the world, will have in attendance aviation leaders and industry experts who will speak about industry hot-topics through moderated panel discussions.

The event will also see exhibitions of innovative products and award-winning services by a large number of service providers.