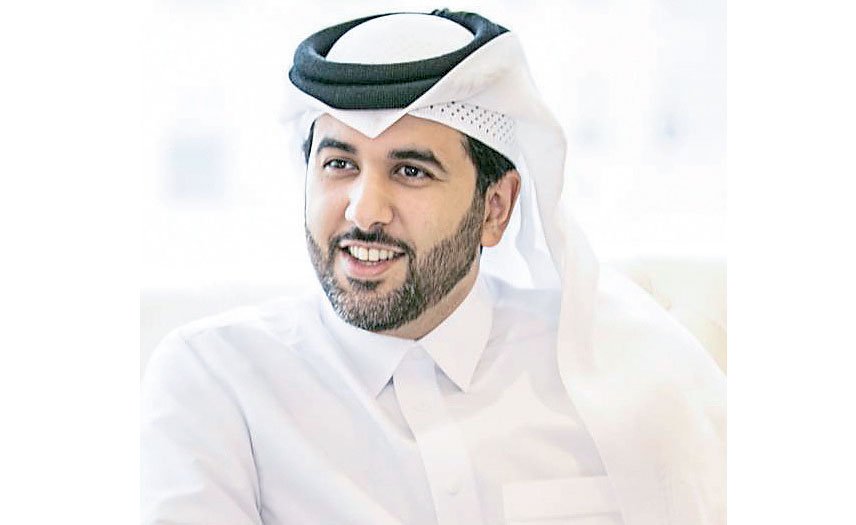 Qatar’s appeal to the UN Human Rights Council to take necessary measures against the siege countries was the result of Doha’s respect for international laws and its belief, Government Communications Office Director Sheikh Saif bin Ahmed al Thani has said.

In an interview with the Spanish newspaper El Pais, Sheikh Saif said,”Qatar has resorted to the UN since the beginning of the siege to keep it informed about the illegal acts that have been taken against Qataris, expatriate residents and Gulf citizens.”

He said the illegal siege has affected Qatar citizens and targeted the public, society, families and businesses.”We are pursuing legal actions whether through the UN or through other mechanisms to make sure that blockading countries are held accountable for their actions. We don’t want what happened to us in Qatar to happen to another country,” he added.

Asked about the statement of Deputy Prime Minister and Minister of Foreign Affairs Sheikh Mohammed bin Abdulrahman al Thani that the reason for this siege is”racism”, Sheikh Saif said,”What the minister was referring to was a component of a number of different reasons. Summarizing all, whether it’s racism, whether it’s other words you want to use, their main aim is to curtail our independence and take control of our decisions. And they thought they could do this by putting pressure on our society, by putting pressure on the families, on people trying to practice their religion.”

He stressed on the need for the siege countries to bear the responsibility for their actions and to pay compensation for the damages incurred.

He pointed out that Qatar does not demand things that are not its right. “The blockading countries closed the airspace, sea and land to Qatar, which caused the country heavy losses. The siege failed to achieve its goal. It has not resulted in the way they wanted to. They wanted to take control of our decisions and get us to comply with their demands. That’s failed. Qatar will never be for sale to the blockading countries or to anyone else. We are a sovereign country, we will remain a sovereign country and what we ask for is all to simply abide by international law, to abide by responsibilities and accountability,” he added.

Asked whether he believed the blockading countries were ready to negotiate, he said, They have not yet shown any signs of their willingness to do so, although Qatar has confirmed from the day one of the crisis that dialogue and negotiation is the only way out. 

He stressed that the region will be safer when the GCC countries work together to resolve disputes and conflicts and coordinate policies jointly.

He appreciated the role played by Kuwait and the wisdom of the Emir of Kuwait Sheikh Sabah Al Ahmad Al Jaber Al Sabah to resolve the conflict.

Sheikh Saif said, Qatar is a major regional player in the energy sector and a major provider of gas and other gas products. We are a key player in the region when it comes to mediation, when it comes to humanitarian aid. We are a major player in sports. We will be hosting the 2022 World Cup. We are a very active UN member that believes in the UN mechanisms. Internally, we have developed many sectors from strengthening our private sector to reaching the number-one ranking of highest income per person.

The leadership throughout the past two decades has worked hard in creating an overall general high standard of living for the citizens of Qatar. We have further focused on education and health care as key components for the people of Qatar and for the future of Qatar. These are all things we have worked over the last two decades to achieve, all of these achievements did not happen overnight, and maybe all of these achievements and decisions made us a target “ we have been moving too fast for some. 

On relations with Iran, Sheikh Saif said relations between the two countries have developed over the past few months, especially in the fields of economy, trade and transportation.

He, however, noted that this does not mean that there are no differences of opinion with Iran on a number of issues in the region, despite the recent rapprochement.

About the Emir Sheikh Tamim bin Hamad Al Thani’s recent statement describing happening in Al Ghouta in Syria as a crime against humanity, he said, We have always had a loud public voice in Syria. We will continue to do so. We respect the Syrian people’s requests for their rights and dignity. We have provided and will continue to provide humanitarian aid to refugees. We support the decision of the UN for a ceasefire to stop the violence toward the Syrian people. 

On Qatar World Cup, he said, This is actually great for us because people see how some countries are in the region and see how we are. We are a developed, civilised and modern country. I think we have enough of an adult mindset to pass over childish comments. Now, about the 2022 World Cup, I think the international soccer community and the public in general will not look over comments from the blockading countries. More recently, decisions from the Asian Football League are a perfect example. Their disregard for media ethics has blown back on them numerous times and they still insist on these methods and not learning, even though some of their channels are being removed from regulators in Europe. 

He said disinformation in the Gulf is even worse than that seen in the West. The blockading countries are a perfect example of how fake news has been used as a tool. And not just fake news, but having social media armies organising social media campaigns,  he said.

Asked about the Emir’s planned visit to the US, Sheikh Saif said, The Emir is already planning an official visit to the US next April, a bilateral visit. Qatar has a very strong strategic partnership with the United States in many areas, mainly military cooperation, foreign policy, counter-terrorism and other vital sectors. 
œThe goal of the Emir’s visit is to further strengthen bilateral relations, as well as to discuss other important issues such as regional stability and of course the Gulf crisis,  he said.
Sheikh Saif said, œWe don’t want what happened to us in Qatar to happen again to another country. We have overcome the blockade. We have financial stability. We are a stable country, culturally, politically and economically. These are all reasons why the blockade has failed. 

20 January 2022 By Ashraf Siddiqui More than 7,000 books of different ...
END_OF_DOCUMENT_TOKEN_TO_BE_REPLACED