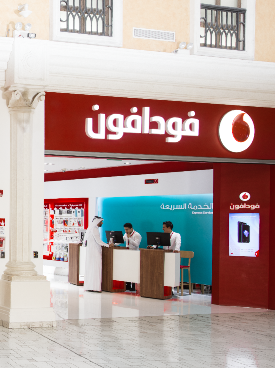 Vodafone has recently named the Grand Prize lucky winner of QAR 500,000 in its World of Prizes competition. Ms. Kurniah BT Warim participated in the first 90 days of World of Prizes, which ran from 11 October 2016 to 8 January 2017.

Owing to its success and popularity, Vodafone decided to extend the SMS-based competition until the 8th of April 2017 giving customers the chance to win a lot more, including another grand cash prize of QAR 500,000.

During the 1st phase of the competition, Vodafone gave out cash prizes of QAR 750,000. With the extension of World of Prizes, Vodafone customers now have another chance to win the same in addition to another Grand Prize of QAR 500,000.

The Monthly cash prize winners of the first phase of the competition were:
Prasanna Premathilaka Gedara , Ahmed Mohammed Elshami and Jassim Almhimid.

Vodafone Qatar said: “We’d to like to congratulate all of our winners and particularly Ms. Kurniah BT Warim on winning the cash prize of QAR 500,000.

At Vodafone, we continuously look for ways to reward our customers with unmatched experiences that add great value, hence why we have decided to extend our World of Prizes competition to give the opportunity to a lot more customers to participate and win.”

Throughout the extended 90 days, Vodafone customers can join World of Prizes for free by sending an SMS with the code FREE to 98895.

Moreover, World of Prizes is offering a premium edition to Vodafone customers through which they can compete for the chance to win the ultimate cash prizes of QAR 500,000 or Monthly QAR 100,000 at only QAR 5 per day.

Additionally, customers joining the premium edition of the competition will get an extra daily bonus of 10 Local minutes.

Doha, 25 June 2022 THE Embassy of Nepal and the Non-Resident ...
END_OF_DOCUMENT_TOKEN_TO_BE_REPLACED