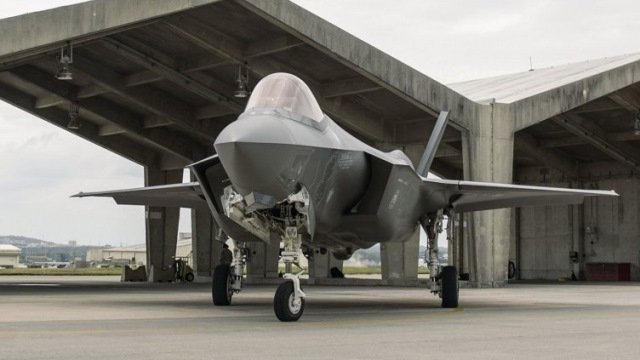 The US Air Force (USAF) first operational overseas deployment of the Lockheed Martin F-35A Lightning II Joint Strike Fighter (JSF) is now up and running on the Japanese island of Okinawa, the US Pacific Command (USPACOM) announced recently.

Twelve aircraft and more than 300 personnel from the 388th and 419th Fighter Wings (FWs) based at Hill Air Force Base (AFB) in Utah have now begun Theater Security Package (TSP) operations out of Kadena Air Base (AB).

The deployment which began earlier in November will see the F-35As operate alongside USAF Boeing F-15C Eagle fighters from the 18th FW that are co-located at Kadena AB. For the next six months, the TSP will provide reassurance to regional allies that will primarily take the form of joint training missions.

While this deployment is being billed as a first for the USAF, the 34th FS and 466th Fighter Squadrons (also from Hill AFB) were dispatched to Europe in April. Though that event was reported to be a training mission, it also included flying NATO reassurance sorties.