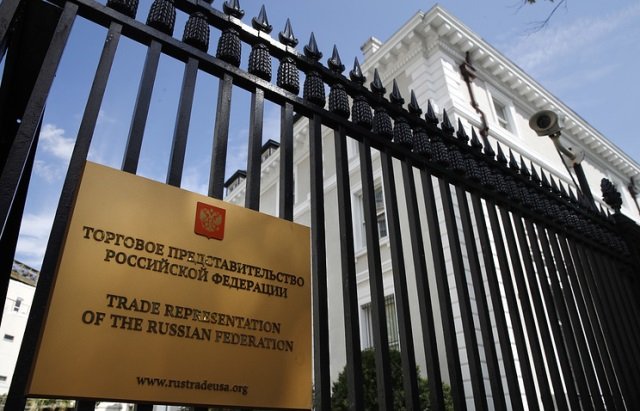 He said the US decision to close the Russian diplomatic compound in Upper Brookville in late December 2016 was “a de-facto seizure” of the facility, owned by the Soviet Union since 1953 and inherited by Russia in 1994.

“This facility is a part of premises of the Russian permanent mission to the UN, and has been used solely for official purposes, including as a place of residence for some of the mission’s employees,” Musikhin said.

He said the US government said the facility can be visited if the US Department of State gives its written consent.

“We have requested such a permission for about 20 times, at least to check in what condition our property currently is and to make sure that no incidents have taken place. Every time, the US Department of State turned down our requests, without offering any explanations or giving other possible dates for the visit. In essence, we have de-facto been denied access to our own property,” the Russian diplomat said.

He added that under those circumstances, the US side “bears full responsibility for any damage” done to the Russian diplomatic compound.

Musikhin said the UN non-compliance with its obligations regarding the Russian diplomatic property “creates serious problems in ensuring the normal functioning” of those facilities.

“This incident is nothing but blatant lawlessness and discriminative approach, which are a part of a broader policy to deliberately spoil ties with Russia,” he said, adding that Washington abused its role as a UN host nation in order to make bilateral relations deteriorate further.

The official added that if the situation is not fixed, it may set a dangerous precedent.

“From now on, no UN member state is guaranteed against a demand to vacate its office, residence or other building of the mission, against its office being closed, access to it being barred, and employees being suddenly being ‘thrown out on the street,’” Musikhin said.

In late 2016, the United States imposed another round of sanctions against Russian intelligence services and a number of individuals having accused them of meddling with the US elections. The then US President Barack Obama administration also expelled 35 Russia diplomats and seized two Russian compounds in the States of New York and Maryland. Russian personnel was denied access to these compounds.

“This is the purview of the Foreign Ministry. Our interests are represented by White & Case. They have a rich history. They helped Russia by representing its interests in the Yukos case,” he pointed out.’