US-Taliban Sign Peace Deal in Doha, All Foreign Forces To Withdraw in 14 Months 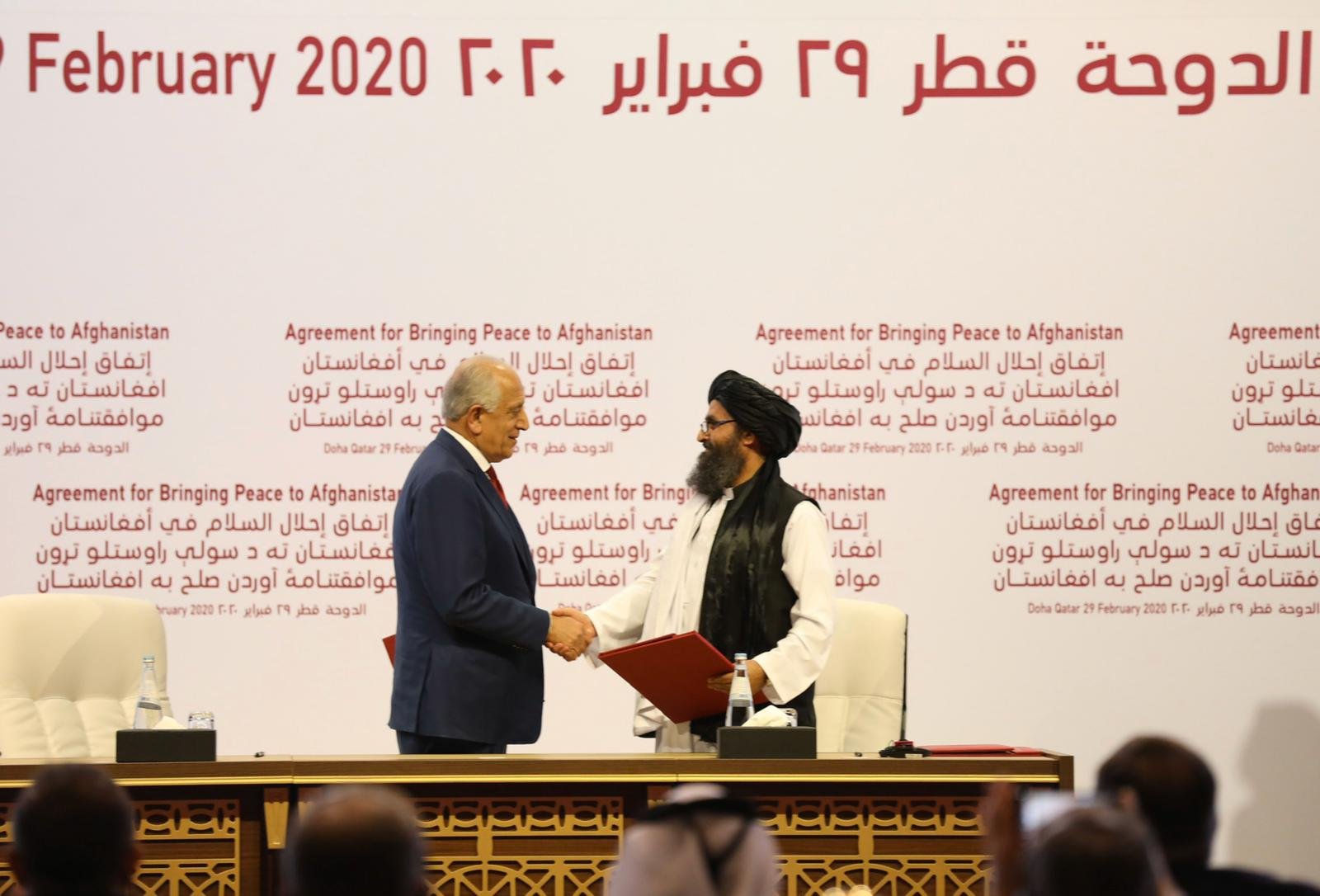 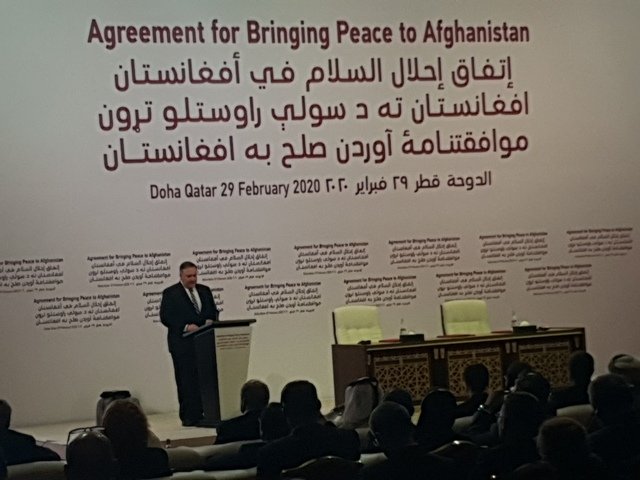 The US and the Taliban signed a historic peace deal on Saturday under the auspices of Qatar, after months of negotiations in Doha to end the US’ longest war fought in Afghanistan since 2001.The agreement, signed by US special evoy Zalmay Khalilzada and Taliban political chief Mullah Abdul Ghani Baradar , will pave the way for the US to gradually withdraw its troops from Afghanistan with in 14 months. The agreement was signed in the presence of Deputy Prime Minister and Minister of State for Defense Affairs Dr Khalid bin Mohammed al Attiyah , Deputy Prime Minister and Minister of Foreign Affair’s Sheikh Mohammed bin Abdulrahman al Thani, US Secretary of State Mike Pompeo, Foreign Minister of Pakistan Shah Mahmood Qureshi, Turkish Foreign   Minister Mevlut Cavusoglu , a number of foreign ministers, representatives of various governments.

The four main points of the agreement are — a timeline of 14 months for the with drawal of all US ad NATO troops from Afghanistan; a Taliban guarantee that Afghan soil will not be used as a launch pad that would threaten the security of the US; the launch of intra-Afghan negotiations by March 10 ; and a permanent  and comprehensive ceasefire. Mullah Abdul Ghani expressed his gratitude to the Amir H H Sheikh Tamim bin Hamad al Thani for facilitating the peace process.

“The agreement was a positive step in the interest of Afghans and the world. Th e Taliban are committed to the implementation of the agreement,” he said.“Th e Afghans will now have a sigh of relief and begin a prosperous life under the shadow of an Islamiamic system after the withdrawal of all foreign forces from           Afghanistan ,” h e added. The US Secretary of State said, “I know there will be a temptation to declare victory, but victory for Afghans will only be achieved when they can live in peace and prosper .”