US State Secretary Accuses Islamabad of Treating US Diplomats ‘Badly’ 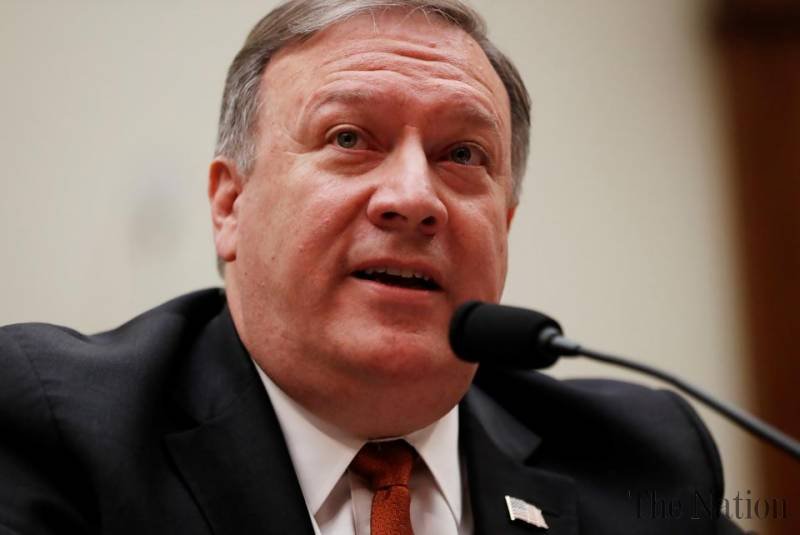 US Secretary of State Mike Pompeo has said that Washington will cut aid to Islamabad in the form of grants, financial assistance and compensation, accusing Pakistan of treating American diplomats “badly”.

Pompeo said this on Wednesday while presenting his testimony before the US House Foreign Affairs Committee. He said that all the staff members of US embassy in Islamabad were not being treated well by the Pakistani government.

“My officers, our state department officers are being treated badly people working in the embassies and councils and in other places are not being treated well by the Pakistani government either”, he further added.

He remarked that this “real problem” that needs to be taken measure of.

Pompeo said: “As part of the new South Asia strategy, we have been clear with Pakistan that ensuring reconciliation, peace, and security in Afghanistan in large part depends on Pakistan’s willingness to crack down on terrorist safe havens and instigators of terrorist activity in its own country.”

Pointing out that the US had released far fewer funds to Pakistan in 2018 than in prior years, Pompeo said that the “remainder of the funds available are under review and my guess is that the number will be smaller still”.

Regarding the Dr Shakil Afridi issue, who helped the US forces to track down al-Qaeda chief Osama bin Laden in 2011  he said that he worked tirelessly to solve the issue when I was chief of CIA but unfortunately I was not succeeded in it.

Pompeo said that the planned summit between President Donald Trump and North Korea’s Kim Jong Un is now totally depended on the North Korean leader at this moment.

Pompeo would not predict whether a deal can be reached at the meeting, but said a “bad deal” is not an option.