US Secretary of State Back to Kuwait After Talks in Jeddah 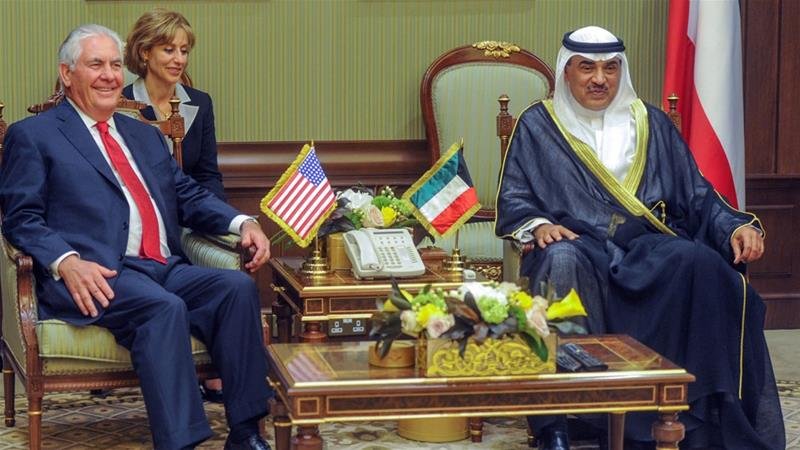 Rex Tillerson, US Secretary of State ended talks with ministers from Saudi Arabia and three Arab allies over how to end a month-long rift with Qatar, but there was no immediate word of a breakthrough.

Tillerson met the foreign ministers in Saudi Arabia’s Red Sea city of Jeddah on Wednesday in pursuit of an end to the worst dispute in decades among the US-allied Gulf Arab states.

At that meeting, the Saudi crown prince praised the “continuous cooperation” between his country and the US.

Al Jazeera’s Rosiland Jordan, reporting from Kuwait, said Tillerson had left Jeddah and returned to Kuwait for another round of talks with the country’s emir Sheikh Sabah Al Ahmad Al Sabah.

Kuwait is trying to mediate the dispute.

Tillerson is scheduled to return to the US on Thursday, our correspondent said.

Aside from the details about who Tillerson met in Jeddah, there are no information about what was discussed or agreed upon during those meetings, she said.

During that meeting, Tillerson and the Qatari foreign minister announced that the US and Qatar made an agreement on combating “terrorism” and its financing.