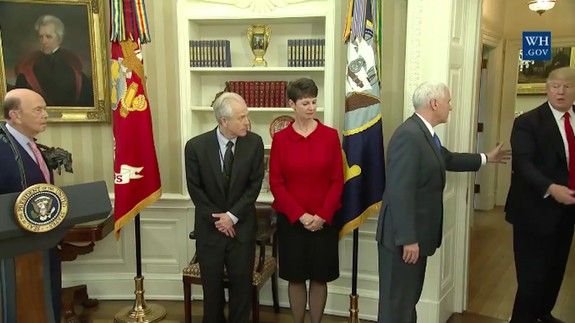 On Friday, President Trump was scheduled to sign executive orders in front of a press gaggle. Instead of actually signing the orders, Trump seems to have gotten a little bit cranky and walked straight out of the signing ceremony, leaving the orders unsigned.

Trump didn’t even respond to Vice President Pence’s desperate pleas for the President to come back and sign the orders. Like a good boy, Pence then proceeds to gather the orders in a nice little folder for the president to sign later.

It appears that Trump was provoked after a reporter asked him a question about Flynn.