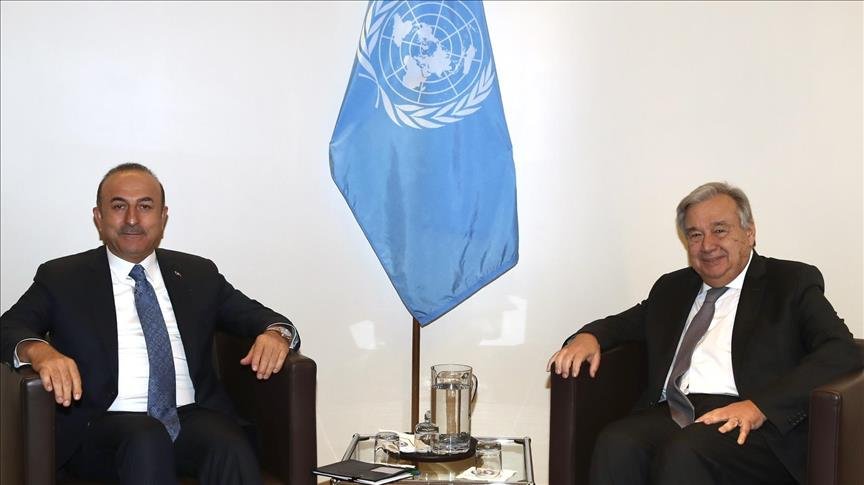 Turkey’s foreign minister discussed the murder of Saudi journalist Jamal Khashoggi with UN Secretary-General Antonio Guterres on Monday, but there was no formal request for a UN investigation, a spokesman said.

Turkey has called for an international investigation of the killing of Khashoggi, a Washington Post columnist and critic of Saudi Crown Prince Mohammed bin Salman.

“We have not received any formal request from the Turkish side” for the United Nations to launch an investigation, he added.

The 59-year-old Khashoggi was last seen entering the Saudi consulate in Istanbul on October 2 to obtain paperwork for his marriage.

The UN spokesman said Guterres would want to have support from a UN body such as the Security Council or the General Assembly to set up an investigation.

The United Nations has investigated the death of Pakistani prime minister Benazir Bhutto and a UN-backed special tribunal was set up to try those responsible for the assassination of Lebanon’s ex-prime minister Rafic Hariri.

A Saudi prosecutor has indicted 11 people for the murder and is requesting the death penalty against five of the men.

The United States has refrained from blaming the crown prince for the murder, despite reports that the Central Intelligence Agency has concluded that he ordered the assassination in the Saudi consulate.

According to Turkish officials, an audio recording shows that Khashoggi was strangled to death and dismembered soon after entering the consulate.