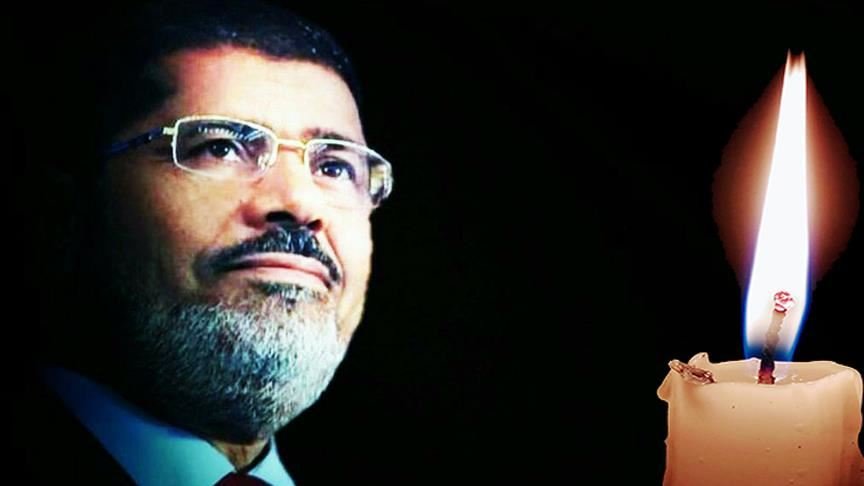 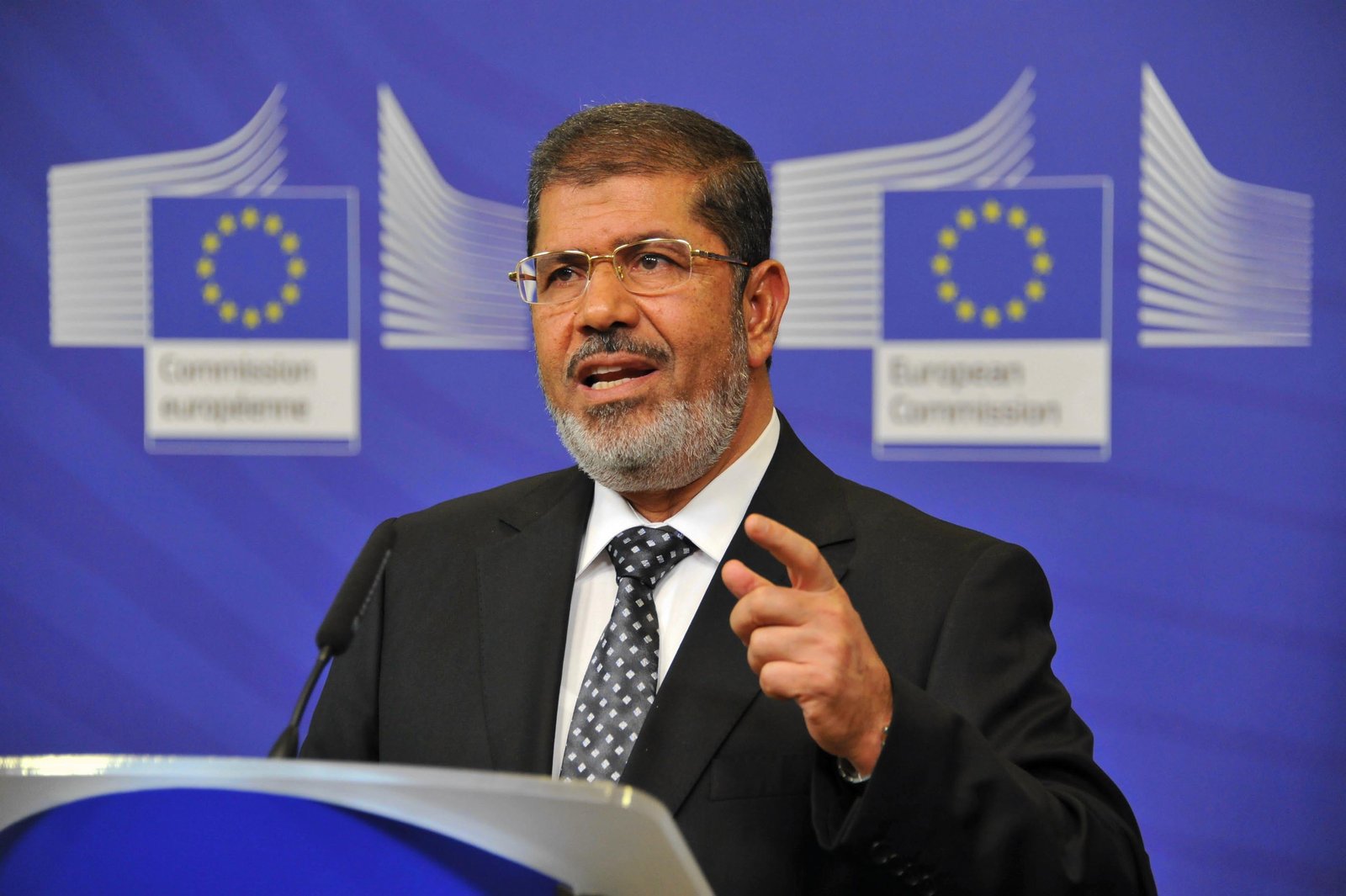 Egypt’s former president Mohamed Moorsi, has been buried in a remote area of Cairo as his treatment in custody before his death was denounced as torture.

Morsi, the only democratically elected civilian leader in Egypt’s history, fainted in court on Monday and was pronounced dead on arrival in hospital. He was prosecuted on numerous charges after his one-year rule was brought to an end by a military coup in 2013.

His burial in the outlying Nasser City district took place under heavy security. Morsi’s son Ahmed told the Associated Press that Egyptian authorities had refused to allow a burial at the family grounds in Sharqiyah province.

The UN human rights office called on Tuesday for an independent investigation into the death of former Egyptian President Mohamed Morsi, who died during court proceedings the previous day.

“Any sudden death in custody must be followed by a prompt, impartial, thorough and transparent investigation carried out by an independent body to clarify the cause of death,” said Rupert Colville, spokesman for the UN High Commissioner for Human Rights.

The wife of Egypt’s former President Mohamed Morsi mourned her husband on Tuesday, describing him as a “martyr”.

Morsi, Egypt’s first freely-elected president, collapsed and died on Monday during a court appearance on “espionage” charges.  He was buried in eastern Cairo early Tuesday amid tight security in the presence of only his family members and lawyers.

“We consider my husband, President Mohamed Morsi as a martyr,” the wife, Naglaa, said on Twitter.  She said the ex-president was prepared for burial at Tora prison’s hospital in southern Cairo and the funeral prayer took place at the mosque of the same prison.

“Only his family was allowed to attend the funeral prayer and was buried in the graveyard of Muslim Brotherhood leaders in Nasr City [in eastern Cairo],”she said, adding that the authorities refused to bury Morsi in his hometown in the Nile Delta province of Sharqia.

The same statement was confirmed by Morsi’s sons Ahmed and Abdullah as well as his lawyer Abdel-Monem Abdel-Maqsoud.

There was no statement from the Egyptian authorities on the circumstances of Morsi’s burial.

With limited official international reaction, Turkey, Qatar, Malaysia and the UN offered condolences over Morsi’s death with no official reaction from Egypt or Arab countries.

The international community mourned the martyrdom of Mohamed Morsi, Egypt’s first democratically-elected president, who died Monday during a court appearance to face charges many believed were politically motivated.

Turkish President Recep Tayyip Erdogan wished God’s mercy for Morsi, whom he called “a martyr who died struggling for his cause”, saying history will never forget the tyrants who caused his martyrdom.

Turkey’s Foreign Ministry said in a statement that Morsi will be remembered as “an exceptional person in his country’s struggle for democracy”.

“In front of Allah, my father and we shall unite,” Morsi’s son, Ahmed, said in a Facebook post.

In a statement, Iran’s Foreign Ministry also voiced “sorrow” and “regret” over the news of the passing of Morsi.  While respecting the viewpoints of the great and brave Egyptian nation, the Islamic Republic of Iran condoles with the people as well as Morsi’s family, survivors and fans over his demise, and wishes divine blessing and mercy for him, patience and divine reward for survivors, and success for the great Egyptian nation,” the statement said.

Shireen Mazari, Pakistan’s minister for human rights, also expressed grief over Morsi’s demise. “Indeed – sad news. What hope there was and how tragically it all ended. RIP,” Mazari said in a Twitter post.

“Morsi’s incarceration&death symbolize the tragedy of democracy struggling under shadow of Uncle Sam. What promise the Arab Spring held & how it was destroyed – is similar to what happened to Allende & other democratic nationalist forces around the world inimical to the powerful!” she added.

In addition, Malaysian Foreign Minister Saifuddin Abdullah also expressed sorrow over “sudden passing” of Morsi. “During his tenure as president, Mr Morsi showed courage and moral fortitude in his attempt to lead Egypt away from decades of authoritarian rule and establish true democracy there,” Abdullah said.

“Morsi’s contribution to justice and democracy in Egypt will be remembered,” he added.

Prominent Muslim scholar Yusuf al-Qaradawi said Morsi suffered a lot while languishing in prison. Morsi “died with patience over his suffering in his jail,” al-Qaradawi said, praying to God to accept him as a martyr.

The Tunisian Ennahda Movement said it had received the news with great sadness and shock and extended condolences to Morsi’s family and the Egyptian people.

The movement expressed hope that “the painful incident would be a reason to put an end to the suffering of thousands of political prisoners in Egypt” and for starting dialogue for a new democratic political life.

Jordan’s Muslim Brotherhood said it held “the coup authorities in Egypt responsible for Morsi’s death”. The group also pinned the blame on “the crimes of the coup” in Egypt.

He also made great efforts in defending Jerusalem and Al-Aqsa Mosque as a member of Egypt’s parliament, it added, offering condolences to Egypt, its people and his family.

At Al-Aqsa Mosque, dozens of Palestinians offered funeral prayers for the late leader.

In Libya, Mohamed al-Amari, a member of the UN-recognized Libyan Presidential Council, described Morsi as a martyr, adding he had “set an example for his patience, steadfastness and adherence to his principles”.

On his Facebook page, Amari expressed his condolences to Morsi’s family, the “free people of Egypt” and “liberation revolutions” in all Arab countries.

Sudan’s Popular Congress Party expressed condolences to the “Arab and Islamic nation and the Egyptian people” over Morsi’s martyrdom. It stressed that Morsi spent “six years of imprisonment and was deprived of his basic and human rights”.

Mohamed Mahsoub, who served as minister of state for parliamentary affairs during Morsi’s presidency, said “we are facing a new murder case: the murder of the only president elected by the Egyptian people in their history”. He said it was the murder of freedom of choice in order to “keep Egypt’s future bound to the will of a tyrant or the decision of a dictator”.

In South Africa, scores of Egyptian nationals gathered in a Johannesburg protest over the demise of Morsi. “We are here to show support to the family of late Egyptian President Mohamed Morsi and also strongly condemn how the Egyptian government treated him while in custody,” Hussein Abbasi, leader of the Egyptian community in South Africa, said at the protest.

Separately, a massive funeral prayer in absentia for the late leader was held at the Mayfair mosque, Jamal added. Mohamed Amir, another protester, said: “We are sending a message to… Sisi to stop persecuting members of the opposition. We want all democratic nations of the world to support the people of Egypt.”

In Jammu and Kashmir in India, a Muslim-majority region, over a hundred people, including students and faculty members at Kashmir University in Srinagar offered funeral prayers in absentia for Morsi.

Mirwaiz Umar Farooq, Kashmir’s top cleric, expressed grief over Morsi’s death. “My condolences to the family of Dr Mohammad Morsi and the people of Egypt on his death in detention,” he added.

In Afghanistan, hundreds of people gathered to attend funeral prayers in absentia for Morsi and condolence sessions. The main funeral prayers, organized by the local Jamiat-e-Eslah (Society for Reform), were offered at the historic Eidgah Mosque in the capital Kabul in the afternoon.

After only one year in office, however, he was ousted and imprisoned in a bloody military coup led by Egypt’s then defense minister and current president Abdel Fattah al-Sisi.

At the time of his death, Morsi faced a host of legal charges, which he, along with numerous human rights groups and independent observers, said were politically motivated.

Hamdeen Sabahi, a former candidate in Egypt’s presidential elections, also conveyed his condolences. “I ask God to welcome him in his vast paradise, accept his kindness, ignore his mistakes, and give patience to his loved ones.”

* Zahid Rafiq in Jammu and Kashmir, Shadi Khan Saif in Afghanistan, and Hassan Isilow in South Africa contributed to this story.