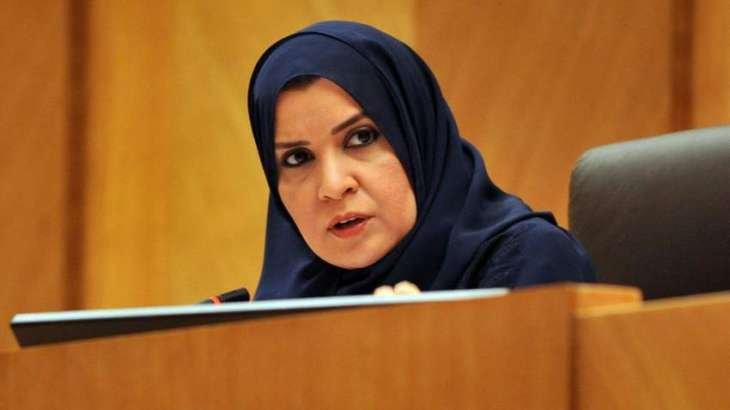 In a major effort to boost its international image, the United Arab Emirates launched on January 9 an exhibition in the European Parliament (EP) highlighting its relief and humanitarian aid activities around the world. Prior to the exhibition, inaugurated by the EP president Antonio Tajani, a seminar was held, co-chaired by the chairwoman of the National Federal Council of the UAE Amal Abdullah al-Qubaisi and Antonio Isturiz White, a Spanish conservative MEP and the chair of the EP friendship group with the UAE.

More than an attempt to inform and engage in a substantive discussion on UAE policies, the event was part of the UAE lobbying campaign in Europe. What made it different from other similar events was the vehicle chosen. Instead of bashing the perceived UAE foes, such as Qatar, Iran, Turkey, and the Muslim Brotherhood, the event emphasized a positive agenda: UAE humanitarian aid in crisis-stricken places, such as Yemen, Afghanistan, Somalia, and even in Europe through funding of refugee camps in Greece. It wasn’t a coincidence that Tajani in his speech stressed migration management as one of the key challenges for the EU. Tapping into EU needs in this critical area is a more far-sighted way to build influence than just lashing out at regional rivals. And when delivered by an English-speaking and articulate woman like al-Qubaisi, the approach sends the right PR message to a European audience.

Yet there are limits to how much even a well-funded and sophisticated PR operation can accomplish.

To begin with, the venue chosen for the meeting already raised suspicions. It was the EP-UAE “friendship group,” not an official EP body, like the foreign affairs committee, or the delegation for relations with the Arabian Peninsula countries. Friendship groups are not entitled to speak on behalf of the parliament but are often used by authoritarian regimes to gain a valuable foothold in the EP for lobbying purposes and crucial votes. The EP friendship group with the UAE acts as a mouthpiece for Abu Dhabi. On its website, it even listed the UAE embassy in Brussels for its contact details. The website has since been removed, but screenshots are still available. It is also noteworthy that no questions were allowed at the event.

Furthermore, the image of the UAE as a humanitarian superpower is undermined by the harsh realities on the ground.

At the event, for instance, the EU commissioner for humanitarian aid, Chrystos Stylianides, repeatedly praised, in a surreal fashion, the “common values” supposedly linking the EU and UAE. At the same time, Emirati human rights defender Ahmed Mansour lost his appeal of a 10-year prison sentence for exercising his right to free speech. Matthew Hedges, a British academic, was only recently released from jail for conducting research, after spending five months in solitary confinement on trumped-up espionage charges. These and other abuses are documented in a fresh Human Rights Watch report UAE: Injustice, Intolerance, Repression. Unfair Trials at Home; Likely War Crimes in Yemen.

There are more gaps between the UAE words and actions. For all the talk of support for migrants and refugees outside its borders, the UAE treats its own migrant workers harshly, even by Gulf standards. Whereas Qatar, in a spotlight for hosting the football World Cup in 2022, made some improvements (although it needs to do more), migrant workers in the UAE are still subject to unbridled exploitation: brutal work conditions, shifts of 12 hours or more, paychecks or passports withheld by employers, and other violations of their rights, as testified by the United Nations.

As to the figures supplied at the presentation, they indeed look impressive on paper: $32 billion of total UAE foreign assistance from 2013-2017. However, “foreign assistance” is a very different concept from “development assistance” or humanitarian aid. The former includes any kind of assistance provided to a foreign government. The latter is calculated according to strict official criteria established by the OECD. By far the biggest chunk of UAE foreign assistance—close to 50 percent—falls in the category of undisclosed “general programme assistance,” whichmay include military and security support. And by far the biggest recipient of UAE aid is Egypt: $16.75 billion. The UAE also supported the military coup in Egypt in 2013 that removed the democratically elected government of Mohammed Mursi and installed the repressive regime of Abdel Fattah al-Sisi. So, to be credible, Abu Dhabi has to address the concern that some of the money it claims to have spent on humanitarian needs may have actually gone to prop up a military dictatorship in Egypt.

One of the cornerstones of the UAE lobbying strategy is to portray the country as a modern, moderate, and socially liberal society in contrast to its regional “Islamist” foes. Nothing works better to impress Western audiences than showcasing progress on women rights. During the event in Brussels it was announced that the free parliamentary elections will take place in the UAE next year, and that 50 percent of seats will be reserved for women. What was not mentioned, however, was that half of the members of the new assembly are to be appointed by the rulers of the seven emirates. If women fail to win the allocated 50 percent, the numbers are likely to be made up using the quota reserved for the appointed MPs. And even in an unlikely case of women winning half of the seats, these elections are not expected to be genuine and competitive. And the parliament itself wields little real power in UAE.

Such events are more likely to entrench the positions of those who are already inclined to do Emirati bidding than to win new converts to the cause. UAE lobbying is not new. However, it failed to prevent the EP from adopting a resolution demanding the release of Ahmed Mansour in October 2018, targeted sanctions against the Emirati officials guilty of human rights violations, and an EU-wide ban on the export of security equipment to the UAE that can be used for internal repression, including Internet surveillance technology. Likewise, it could not derail a call on the EU member states to stop selling arms to the UAE and Saudi Arabia in the EP resolution on the situation in Yemen in October 2018. These are the official positions of the European Parliament, not statements of the friendship group.

The UAE image in the EU is more likely to improve as a result of real reform, such as ending domestic repression and the country’s destructive involvement in Yemen, rather than carefully staged propaganda stunts in the European Parliament.

This article reflects the personal views of the author and not necessarily the opinions of the European Parliament.